Thorny issues relating to land administration in the country will be addressed if the Land Act (Act 103) is effectively implemented, Minister-designate for the Ministry of Lands and Natural Resources, Samuel Jinapor, has said. 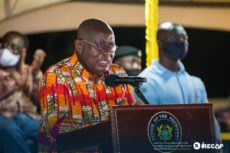 A few months back at the height of this global Corona Virus pandemic that we are saddled with as a country alongside the rest of the world, we needed to decide the fate of our SHS and JHS finalists who were supposed to be writing their exit examinations in April and June respectively.

The governing New Patriotic Party (NPP) has lost another member in the person of Mr. Abu Kamara. Mr. Kamara was the NPP’s parliamentary candidate for Yapei-Kusawgu. He died in a car crash at Datoyili near Tamale in the Northern Region.

It was Saturday the 4th of April 2020 and Members of Parliament were anxiously waiting for the Rt. Hon. Speaker Professor Aaron Michael Oquaye to give his closing remarks for the end of the First Meeting of the Fourth Session of the Seventh Parliament of the Fourth Republic and to adjourn the House Sine Die. 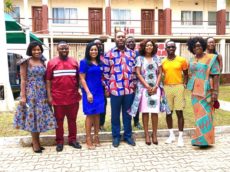 A resident of Abetifi, one Eric Ansong, whose property has become the center of controversy in his tussle with the Minister of State at the Ministry of the Interior, Bryan Acheampong, has sent a note to the security capo, pleading for forgiveness over his indiscreet actions against him. Ansong, popularly known in Abetifi as Japan […]

The President of the Republic, Nana Addo Dankwa Akufo-Addo, has announced the re-opening of public and private schools to final year students to enable them write their respective exit exams. 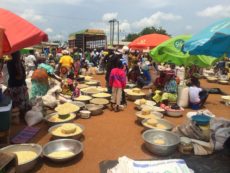 The Builsa South District Assembly has indefinitely shut down the Fumbisi market to the public. Similarly, all food vendors and drinking bar operators have also been directed to shut down their operations. 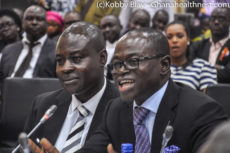 Parliament has by unanimous decision, approved the nomination of four distinguished personalities with knowledgeable in law who where nominated to the Supreme Court by the President of the Republic, Nana Addo Dankwa Akufo-Addo. They are Justice Clemence Honyenugah, Justice Amadu Tanko, Yonny Kulendi and Prof. Henrietta Mensah Bonsu. The endorsement of the quartet follows a […]

The Conference of Heads of Private 2nd Cycle Schools (CHOPPS) has described as premature for the country to return to full school activity.

The Conference of Heads of Private Second-Cycle Schools (CHOPSS) and the Ghana National Association of Private Schools (GNAPS) have sent an SOS message to the President, Nana Addo Dankwa Akufo-Addo, appealing to him to help save their collapsing business. They want the President to give them a stimulus package that will revitalize their business and […]