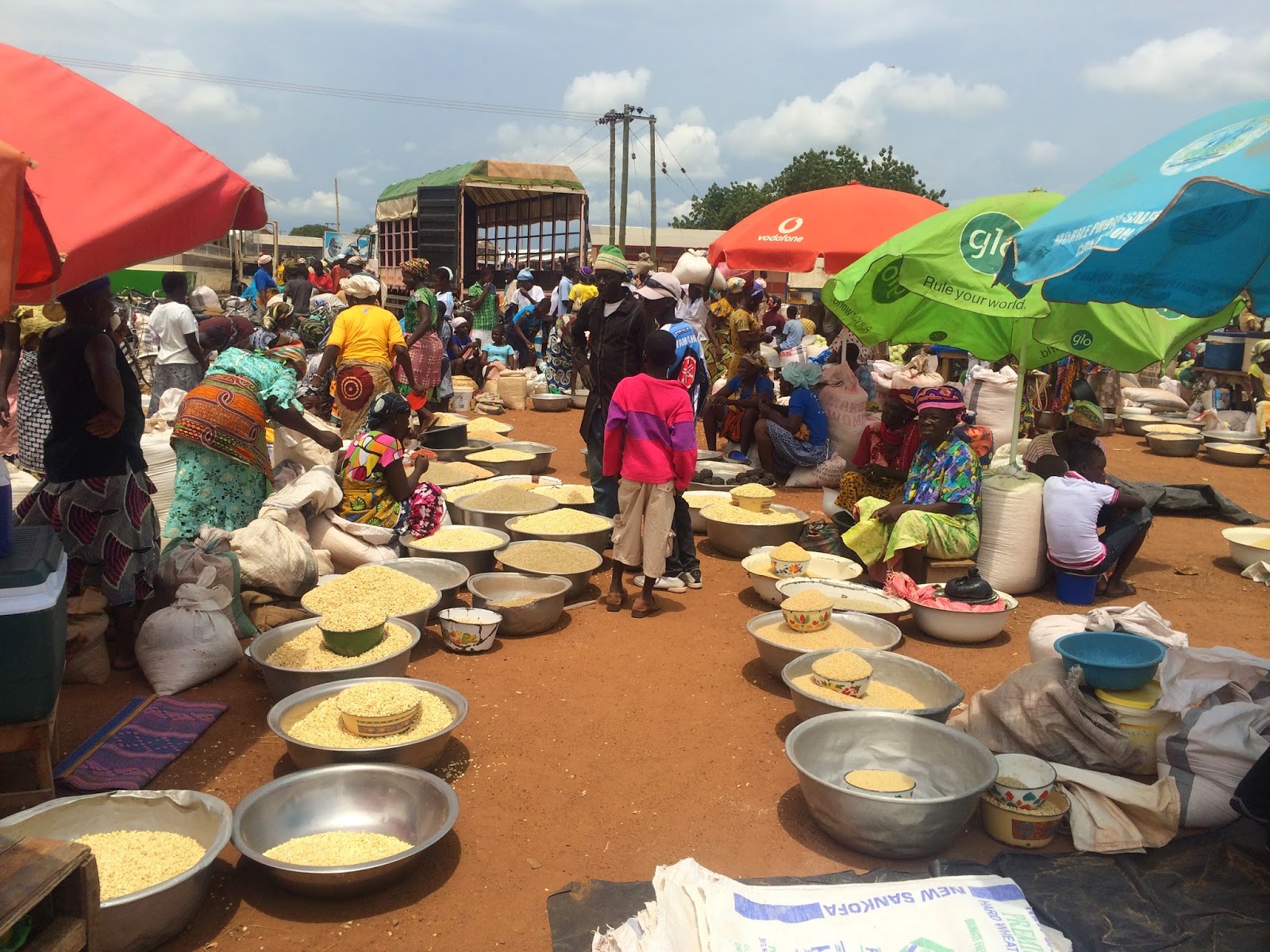 The Builsa South District Assembly has indefinitely shut down the Fumbisi market to the public. Similarly, all food vendors and drinking bar operators have also been directed to shut down their operations.

The decision to shut down economic activities in the district follows the gruesome murder of a young man believed to be in his late 20s on Wednesday, May 20, 2020, in the Central Business District.

The District Security Council (DISEC) headed by the District Chief Executive, Daniel Kwame Gariba, which took the decision at an emergency meeting held on May 21, 2020, say the measure is to mitigate any security threat to the citizenry.

In a statement dated Monday, May 25, 2020, announcing the closure of the Fumbisi Market, the Assembly assured the general public that the security agencies “are not relenting on their efforts and will soon arrest the perpetrator and his accomplices to face the full rigors of the law”.

The Assembly therefore called on urged the public to remain calm and provide the security agencies with relevant information that will facilitate the arrest of the culprit and his accomplices. 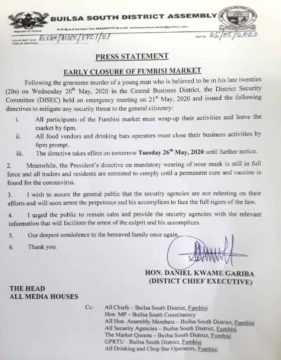