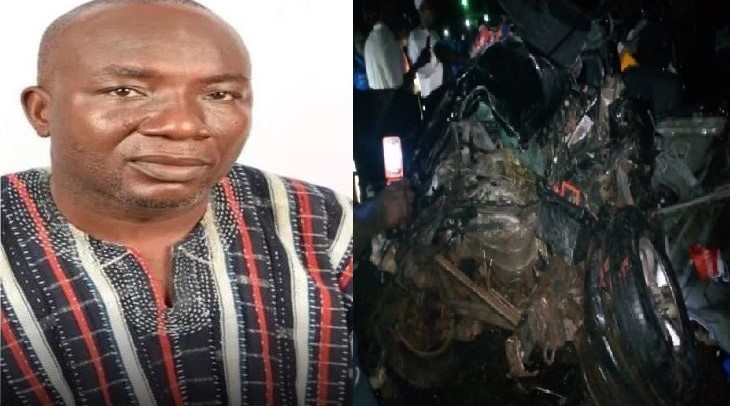 The governing New Patriotic Party (NPP) has lost another member in the person of Mr. Abu Kamara. Mr. Kamara was the NPP’s parliamentary candidate for Yapei-Kusawgu. He died in a car crash at Datoyili near Tamale in the Northern Region.

The candidate, www.politicoghana.com understands, was returning to Tamale after going to inspect some projects when the incident occurred on Friday night.

Sources familiar with the incident said the vehicle in which Mr. Kamara was travelling in was involved in a head-on collision with an articulator truck and died on the spot. His Special Aide and one other who were onboard Mr. Kamara’s vehicle also died.

The leadership of the NPP has confirmed the death of their member in a statement.

“With a heavy heart, the Savannah Regional NPP and the party at large announce the unfortunate demise of our Parliamentary Candidate for the Yapei-Kusawgu Constituency, Abu Kamara. He died with an aide, Majeed Kotochi (Young Chief), and another occupant in an unfortunate accident at the Datoyili police barrier. May their Souls Rest In Peace. Amen.”

The opposition National Democratic Congress (NDC) has in a statement also confirmed the incident and suspended all their political activities for three (3) for three days to sympathize and mourn with the bereaved family.

His death comes a week after the NPP Member of Parliament (MP) for Mfantseman Ekow Quansah Hayford was killed by unidentified gunmen while returning from campaign last Friday dawn.