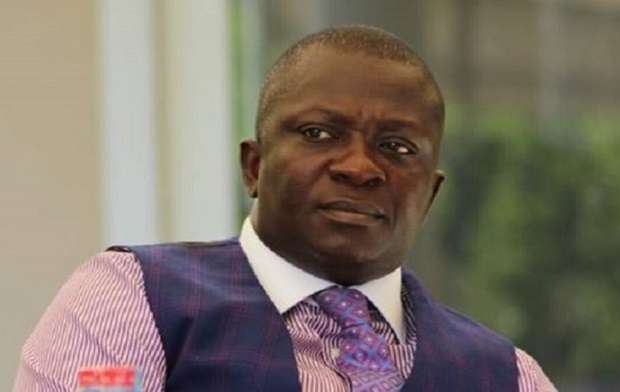 A resident of Abetifi, one Eric Ansong, whose property has become the center of controversy in his tussle with the Minister of State at the Ministry of the Interior, Bryan Acheampong, has sent a note to the security capo, pleading for forgiveness over his indiscreet actions against him.

Ansong, popularly known in Abetifi as Japan Burger, also wants the Hon. Acheampong to disregard all the allegations he’s levelled against him in connection to his property which shares a wall with him.

Additionally, he is retracting all the falsehood he peddled against him in a publication in the New Crusading Guide newspaper and some online news portals and to render unqualified apology to him for any harm caused and or dragging his hard won reputation into disrepute.

Japan Burger, in an interview with journalists on Saturday, June 6, 2020, said his plea and retraction of all the allegations he levelled against Hon. Bryan Acheampong, are premised on records presented to him by the Environmental Protection Agency (EPA) on his property.

“Yes, I have a property that shares a wall with a hotel that belongs to Hon. Bryan Acheampong. He recently contacted me to sell my property to him. I declined but he kept on calling. So, I thought he wanted to use force to buy my property because of his position. As a result, I went to the media and said Hon. Bryan Acheampong wanted to use coercive means to buy my property. I didn’t know he was just acting on a report to my own good. There is an environmental assessment on his property which was carried by the EPA. The report stated in part that my property was so close to the hotel’s kitchen which was going to produce some hazards. So, the report advised that they should relocate me. So, I think it was based on that report that Hon. Bryan Acheampong contacted me. After knowing the facts, I believe Hon. Bryan Acheampong acted in good faith and that is why I am pleading with him for forgiveness and to retract all the allegations I levelled against him”, he noted.

Eric Ansong, had in the various media publications expressed worry about how the Hon. Bryan Acheampong who is also the lawmaker for Abetifi, been consistently using various means to acquire his two-storey building property, after he initially declined such an offer.