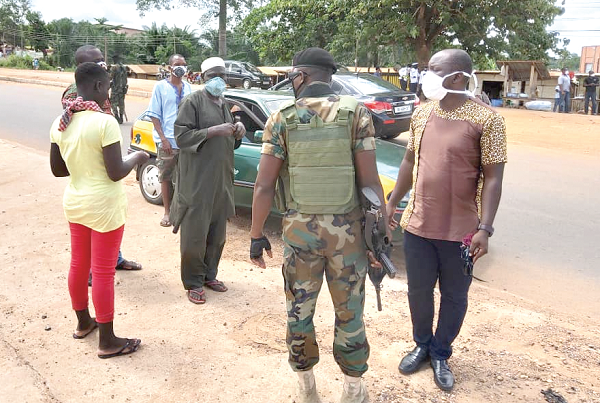 The Volta Regional House of Chiefs has written to the Government, demanding for the immediate withdrawal of all security personnel deployed to the region to curtail the activities of the Western Togoland secessionist group.

To the chiefs, the presence of the security personnel on their land will intimidate voters and discourage them from coming out of their various homes to cast their ballot in the December 7th general elections.

The government deployed security personnel in the region following a roadblock mounted on the Juapong–Accra, and Sogakope–Accra main roads by members of the Western Togoland secessionist group on the dawn of Friday, September 25, 2020.

However, Togbega Patamia Dzekley VII, the Vice President of the Volta Regional House of Chiefs in a statement said released on Wednesday, November 25, 2020, said “The call from citizens is that the House should demand the withdrawal of security personnel from the region forthwith so as to reduce the fear of intimidation being exhibited by the security personnel”.

It noted that though there has been deliberation with government officials on the state of insecurity in the area, no action has yet been taken.

Below is the statement from the Volta Regional House of Chiefs