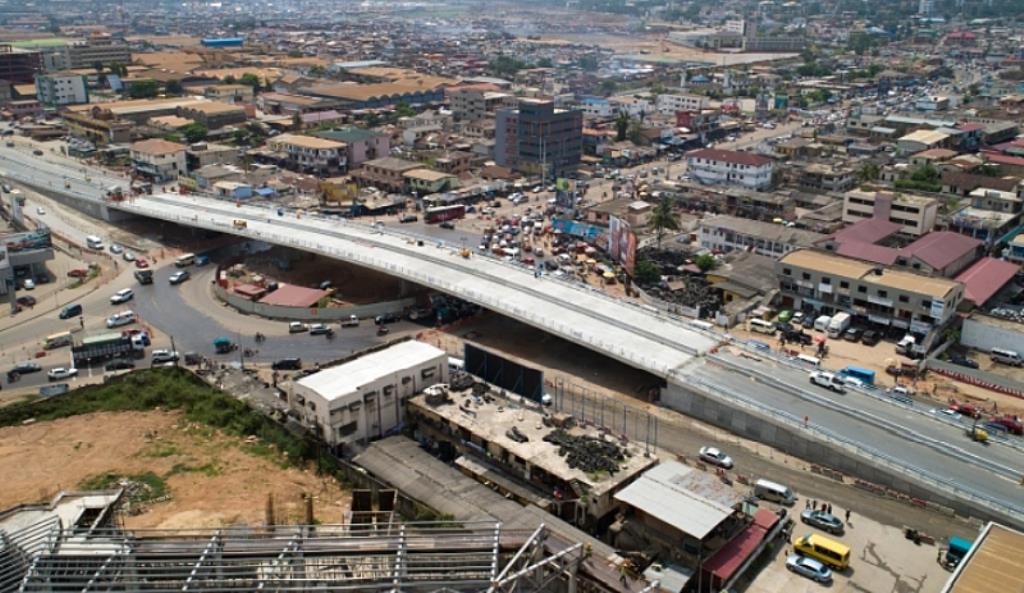 The President of the Republic of Ghana, Nana Addo Dankwa Akufo-Addo, has commissioned phase one of the Obetsebi Lamptey interchange project to ease traffic congestion at the Abossey Okai area.

Speaking at a short ceremony to commission the project, President Akufo-Addo said if there is any more reasons to give him and the New Patriotic Party (NPP) a second term to govern the country, they should look nowhere further than the Obetsebi Lamptey Interchange project.

“This is the first time in our nation’s history that more than five interchanges are being constructed within the first term of any government. So, if there is any more reasons to give Nana and the NPP four more to do more for you, this is one of them”, he noted.

He took time to give an update of the level of progress of all the ongoing interchanges across the country.

President Akufo-Addo urged all Ghanaians to join hands with his government as they strive to bring progress and prosperity to all parts of our country.

The Minister of Roads and Highways, Kwasi Amoako Atta on his part said all the interchanges being constructed simultaneously across the country have reached advance stages, assuring that they would soon be completed to serve the purpose of which they were constructed.