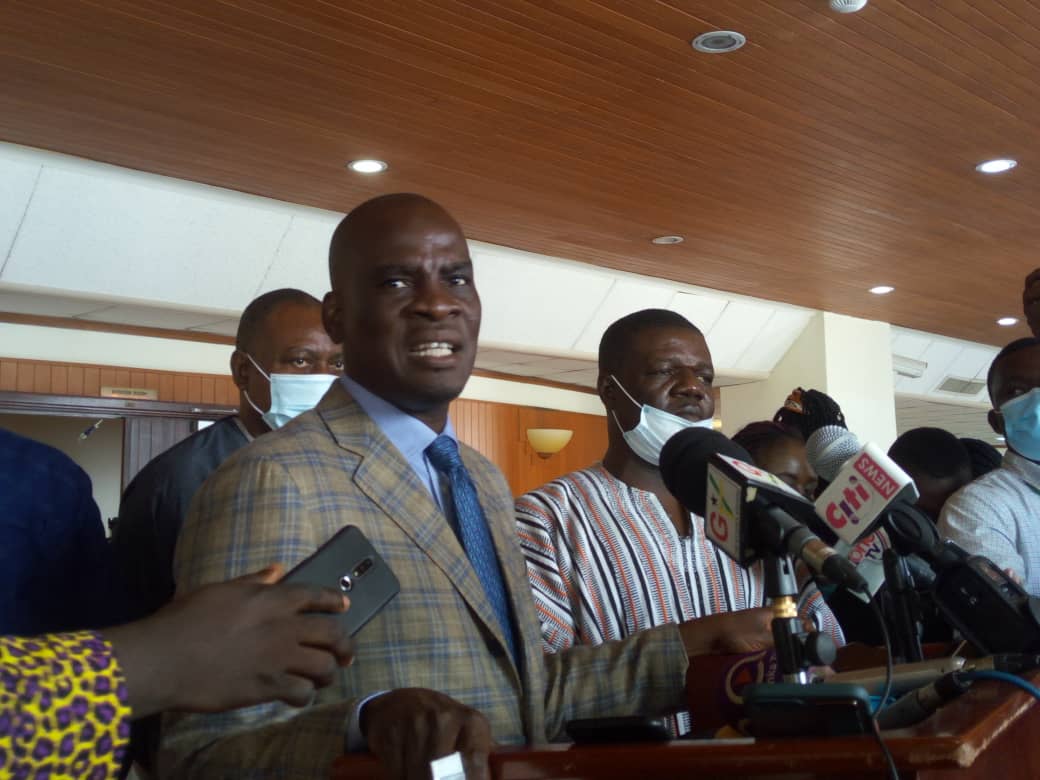 The Minority Leader, Haruna Iddrisu, appears to be sympathizing with the sacked the Member of Parliament for Fomena, Andrew Asiamah Amoako, who has been dismissed from the New Patriotic Party (NPP) for filing to contest the 2020 Parliamentary election as an independent candidate.

The NPP considers the move by Mr. Amoako an affront to Article 97(1) (g) of the 1992 Constitution which states that “A Member of Parliament shall vacate his seat in Parliament if he leaves the party of which he was a member at the time of his election to Parliament to join another party or seeks to remain in Parliament as an independent member”.

Mr. Iddrisu interacting with journalists on the sidelines of Parliamentary sitting on Wednesday, October 14, 2020, said the move by the Fomena MP is very dicey as his side is yet to take a decision over it considering Articles 94 and 112 of the 1992 Constitution.

He is also unsure as to whether Parliament will still recognize Mr. Amoako as Member on the ticket of the NPP or as an independent candidate.

To the Minority Leader, the Fomena MP is now a limping man considering the circumstances in which he finds himself.

He added “But for now he is walking on a limping leg. One of his legs has been broken. He is now a limping candidate. He’s been suspended in the air and whether he is so to speak as a Member of the NPP or whether he should be recognized as a Member of Parliament on the ticket of the party that brought him in. That is why political parties will formally write to the Electoral Commission that they are supportive and behind this candidate. So we will construe it whether this is an action that is futuristic or an action that we can walk back with time. We will advise you accordingly”.