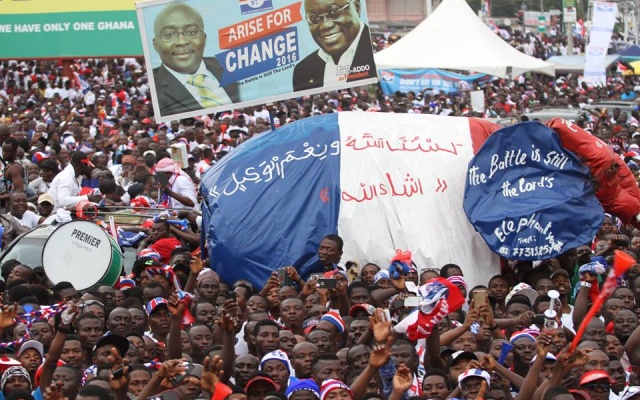 The New Patriotic Party (NPP) has served notice to its few members who decided to file as Independent Candidates that “they have automatically forfeited their membership of the party from the very day they filed with the Electoral Commission (EC) to contest the 2020 parliamentary elections.

The move, according to the party, is pursuant to Article 3(9) of the NPP Constitution.

A statement issued in Accra signed by the General Secretary of the party, John Boadu said “equally, by this constitutional injunction, any member of the party who supports or campaigns for an Independent Parliamentary Candidate ahead of the forthcoming general elections also automatically forfeits his/her membership of the NPP”.

The New Patriotic Party (NPP) wishes to serve notice to the few members of the Party who decided to file as Independent Parliamentary Candidates that they have automatically FORFEITED their membership of the Party from the very day they filed with the Electoral Commission (EC) to contest pursuant to Article 3(9) of the NPP Constitution.

Equally, by this constitutional injunction, any member of the Party who supports or campaigns for an Independent Parliamentary Candidate ahead of the forthcoming general elections also automatically forfeits his/her membership of the NPP.

The Party has noted that the Member of Parliament for the Fomena Constituency in the Ashanti Region, Hon. Amoako Andrew Asiamah, who was elected to Parliament on the ticket of the Party, has filed to contest as an Independent Parliamentary Candidate. By so doing, he has presumably vacated his Seat in Parliament pursuant to Article 97(1)(g) of the 1992 Constitution of the Republic.

For the avoidance of doubt, Article 97(1)(g) of the Constitution states that:

“A member of Parliament shall vacate his seat in Parliament if he leaves the party of which he was a member at the time of his election to Parliament to join another party or seeks to remain in Parliament as an independent member.”

The Party has therefore taken the necessary steps to inform the Speaker of Parliament of the above circumstances, for appropriate action to be taken.

The NPP also wishes to use this opportunity to commend all the members of the Party who had contemplated to go Independent but reconsidered their decision in deference to the supreme interest of the Party. Such display of loyalty and patriotism to the Party can never go unnoticed, and the Party duly acknowledges same.

In particular, the Party salutes Hon. Mercy Adu-Gyamfi, popularly known as Ama Sey, the MP for Akwatia Constituency for paying heed to wise counsel and deciding not to file as Independent Candidate but to rather support the Party’s 2020 Parliamentary Candidate for the Akwatia Constituency, Mr. Ernest Yaw Kumi, to retain the Akwatia Seat for the NPP.

Finally, the Party congratulates all the 275 Parliamentary Candidates of the Party who successfully filed their nominations with the Electoral Commission to contest in the 2020 Parliamentary Elections and wishes them the best success in the elections. The NPP is undoubtedly on course to maintaining its overwhelming Majority Seats in the next Parliament Insha Allahu.