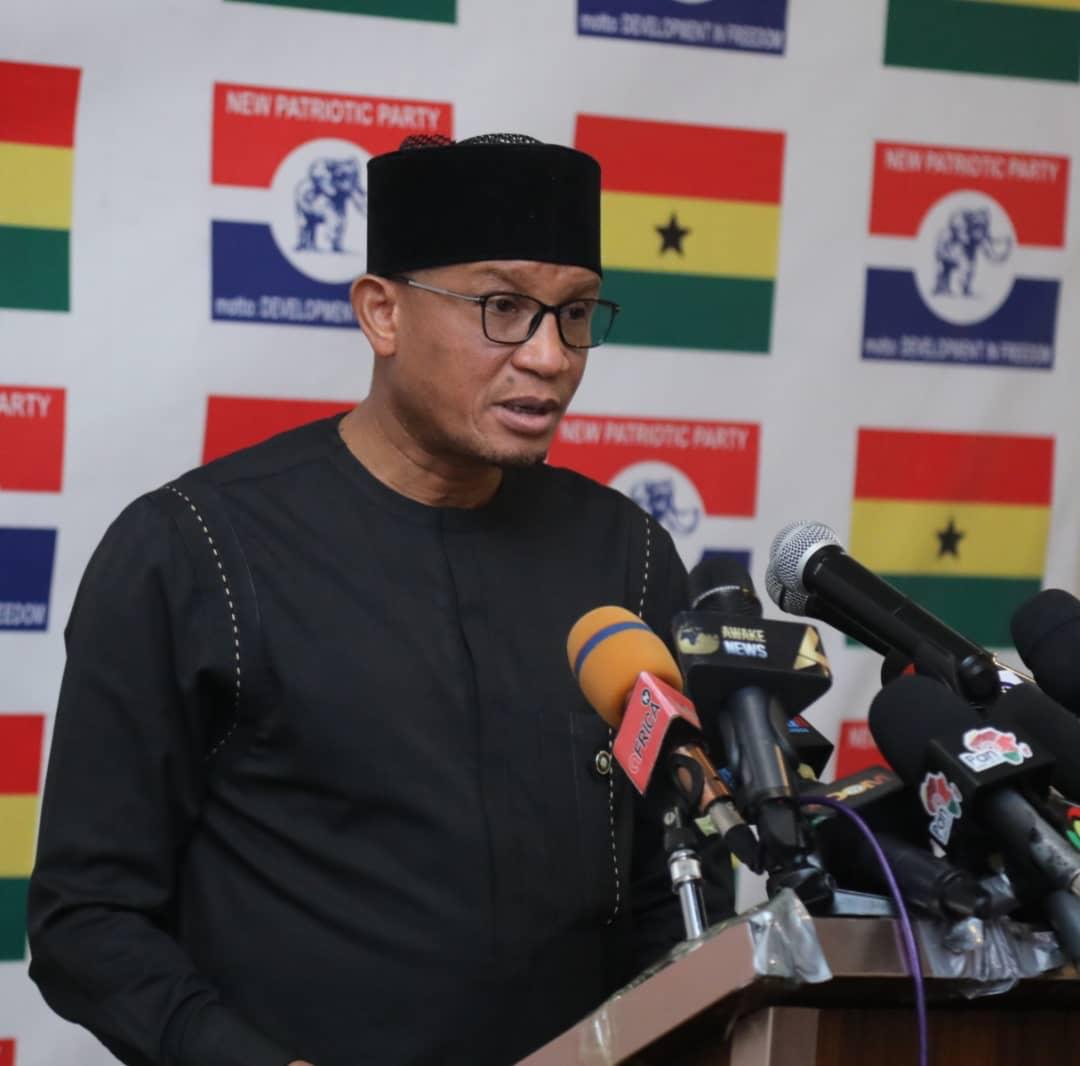 The National Democratic Congress (NDC) is planning to reject the results of the 2020 general elections as it picked signals of its impending defeat, the governing New Patriotic Party’s Deputy Campaign Manager has said.

Addressing a news conference on Wednesday, October 14, 2020, in Accra, Mustapha Hamid said with 54 days to elections the opposition NDC has set out on an agenda to project Ghana’s election management body as not credible, incompetent, and biased, as well as create a false sense of insecurity to hoodwink electorates.

“These are evidenced by their incessant attacks on the EC, the integrity of its processes and persistent doomsday sensational proclamations to court disaffection for government, with the ultimate aim of salvaging their plummeting electoral fortunes,” he said.

According to Hamid, on the back of an imminent defeat, the NDC has resorted to setting the stage to reject the outcome of the yet-to-be-conducted December polls.

On June 10, 2020, NDC’s presidential candidate, John Dramani Mahama was on record to have said that “the NDC will not accept the results of a flawed election”.

“This clearly shows the unwillingness of candidate Mahama and the NDC to accept the outcome of the 2020 general elections should the NDC lose.

“Following their failed attempt to prevent the compilation of the new voters’ register, the NDC has consistently attacked the EC as incompetent, and projected it as an appendage of the ruling party,” Hamid noted.

The NDC, he said is pursuing all these unscrupulous activities as a knee-jerk reaction to avert the grand defeat that awaits the party on December 7th 2020. “Through propaganda, the NDC is creating a false state of insecurity in the country to play on the emotions of Ghanaians for electoral gains. Statements by leading members of the party such as Samuel Ofosu Ampofo, Johnson Asiedu Nketia, Sammy Gyamfi, and Inusah Fuseini amongst others affirm this assertion.”

Defeat will be worse than 2016

According to Hamid, the signals being picked by the NDC indicate that the 2020 defeat will be far worse than 2016 because of the opposition party’s inferior track record in government, weak campaign machinery, and an unattractive flagbearer who suffers a serious credibility deficit.

“They also emanate from the sheer superiority of the NPP government in keeping to its campaign promises, having a credible leader in His Excellency Nana Addo Dankwa Akufo-Addo and relentlessly engaging electorates in every corner of the country to share its message of hope and development through an efficient campaign machinery,” Hamid said.

He continued the NPP’s grassroots engagement has received massive public endorsement, while that of the NDC has lacked steam resulting in instances of rejection by the people leading to the suspension of campaign activities of its flagbearer and running mate.

“We of the NPP have also not been surprised about the bankruptcy of ideas and inefficiency that have characterized the NDC’s campaign. What is shocking, however, is the plague of self-denial that has blinded the party from accepting that Ghanaians will overwhelmingly reject them come December 7, 2020,” Hamid said

“Even when credible global Institutions have looked into the crystal ball and projected victory for the NPP in the 2020 general elections, the NDC remains adamant that it could hoodwink Ghanaians into believing in its propaganda-laden campaign message,” he added.

Meanwhile, on two separate occasions, April 2020, and July 2020 respectively, the Economist Intelligence Unit, a reputable global firm, predicted a win for the NPP. Similarly, a recent October 2020 report by Fitch Solutions, an American based rating agency has also predicted victory for the NPP.