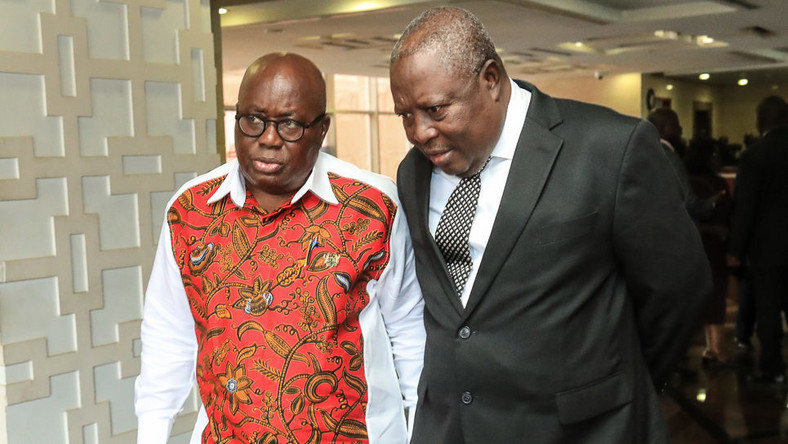 The President of the Republic of Ghana, Nana Addo Dankwa Akufo-Addo, has directed the Chief of Staff, Mrs. Akosua Frema Osei-Opare to ensure to pay Mr. Martin Amidu all emoluments due him as the Special Prosecutor until his resignation on Monday, November 16, 2020.

This was contained in a letter acknowledging receipt of Amidu’s resignation letter addressed to the President.

“The President has taken due note of the other matters raised in your letter, and the Government will issue a statement responding to them in due course. The President has directed me to ensure that all emoluments and benefits due you under law are paid to you accordingly”, the letter dated November 17, 2020, and signed by the Chief Staff in part read.

Amidu announced his resignation from office as the Special Prosecutor on Monday, November 15, 2020, citing several reasons among which include not being paid emoluments due him and his deputy as well as interference from the President and high ranking government appointees at the Presidency.

“It is essential for me to state for the purpose of the records, and contrary to public perceptions, that my appointment letter was received on 5th February 2020 (almost two (2)-years after my appointment). The copy addressees made no efforts to honour any of the conditions of appointment in terms of emoluments and benefits of the appointment ever since my warrant of appointment was issued on 23rd February 2018 to the date of my letter of resignation. I accepted the offer on 10th January 2018 to be nominated to be Special Prosecutor because Mr. President, and Ghanaians knew I have been an anti-corruption crusader all my life and not an anti-corruption entrepreneur. This explains why I have never put the emoluments and benefits of the Office as central to my commitment and my passion for the establishment of an independent, effective, efficient and impartial anti-corruption Office of the Special Prosecutor before the end of the first term of Mr. President. This has not been possible for several reasons”, he noted.

But the governing NPP say the claims made by Amidu are unfounded, insisting that the Office of the Special Prosecutor was given all the needed assistance to operate effectively and independently.

“Mr. Amidu has not resigned because any investigation of his has been interfered with the Presidency or any member of government. Since 2018, he has been offered all the room and support he needed by law and mandate and every money he has requested to set up an entirely new institution, which comes with its own challenges, and to operate the Office independently and efficiently. No political office holder has interfered in the administration of that Office”, a statement signed by the Director of Communications of the NPP, Yaw Buaben Asamoa, and released in Accra on Tuesday, November 16, 2020, in part read.