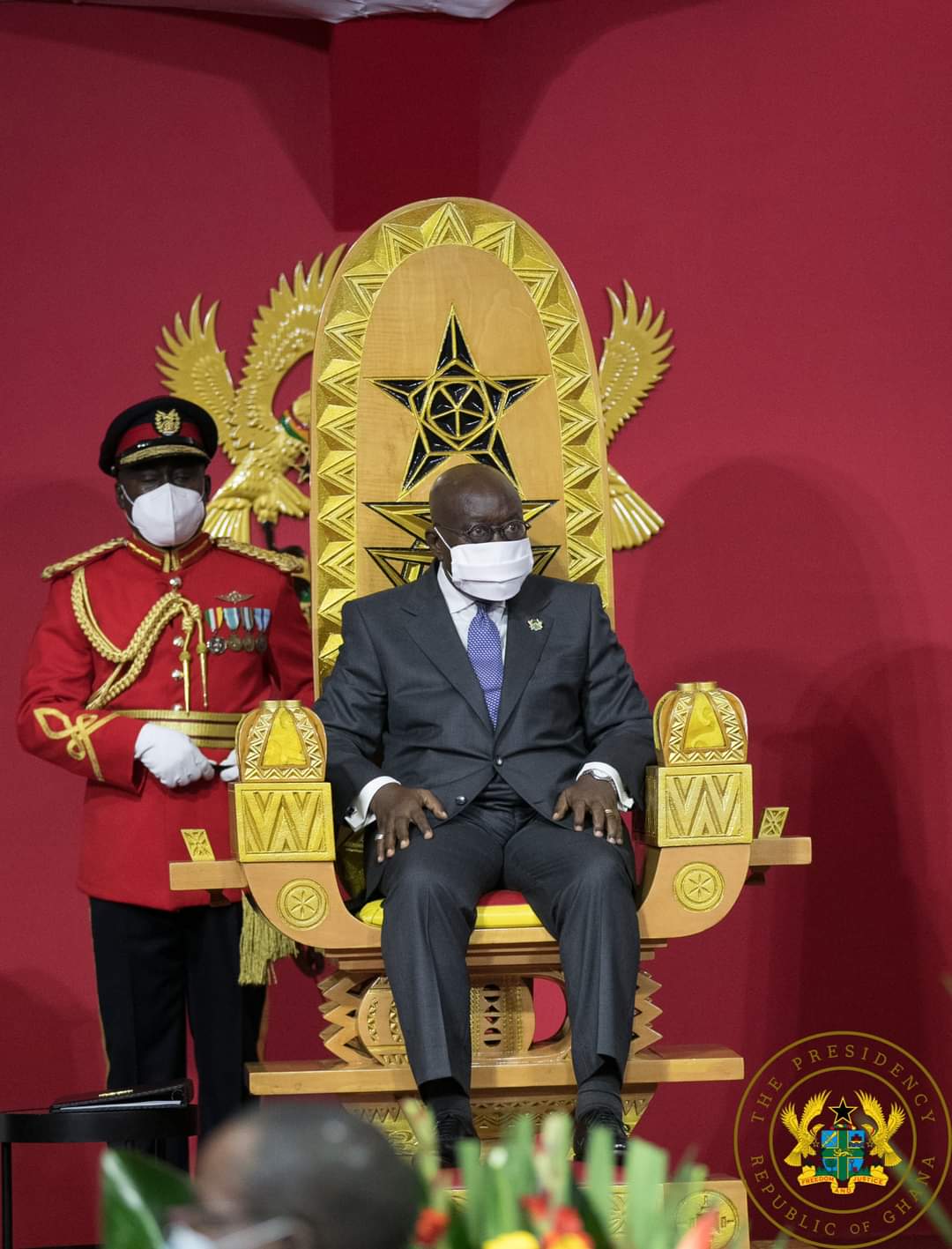 President Nana Addo Dankwa Akufo-Addo has asked some former ministers in his first-term to take charge of their respective ministries until his upcoming ministerial appointments are approved by Parliament.

Reports say the President had directed the Chief of Staff, Mrs Akosua Frema Opare, who has herself been asked to hold the fort, to write to the former ministers for them to take charge of the ministries for the effective running of government machinery.

Per the schedule of Section 14 (1) of Act 845, all ministers, deputy ministers, presidential staffers, such as the Chief of Staff and the Executive Secretary to the President, and non-career Ambassadors and High Commissioners ceased to hold office when the President’s tenure ended on January 7.

However, Section 14(2) of Act 845 allows the President to appoint a person to perform the functions of all those mentioned above for a specified period.

Section 14(2) states: “The functions of a person who ceases to hold office under Subsection (1) shall be performed by a person so appointed by the President for the period specified in writing by the President.”

It is based on this that the President has allowed some of the former ministers to stay on until the full complement of his new ministers are approved by Parliament, as stipulated by Article 78 (1) of the 1992 Constitution.

The directive by the President affects only substantive ministers and not their deputies or other office holders whose tenure also ended on January 7.

Metropolitan, municipal and district chief executives (MMDCEs) do not fall under the category of those who automatically lose their jobs on the expiration of the term of office of the President.

Rather, they can be removed from office by the President, as stipulated in Article 243 (3) (b) of the 1992 Constitution.

This means MMDCEs will continue to be in office until President Akufo-Addo decides to appoint new ones or their tenure ends.

Many of the current MMDCEs were appointed in April 2017.

Per Section 14 of Act 845, another category of people who cease to hold office when the tenure of a President ends are heads of public corporations.

This was, however, declared unconstitutional by the Supreme Court in June 2019.

In a unanimous decision, a seven-member panel of the court, presided over by the then Chief Justice, Justice Sophia Akuffo, held that per Article 190 Clause 1(b) of the 1992 Constitution, public corporations were part of the public services of Ghana and, therefore, their heads were public service officers whose appointments were protected by the Constitution.

According to the court, the appointments of such public service officers were governed by Article 195 of the Constitution.

The removal of such public service officers, it held, must, therefore, be done in accordance with the terms and conditions of their contract of engagement or it must be justified, as stipulated in Article 191 of the Constitution.

“To the extent that Section 14 of the Presidential (Transition) Act 2012 (Act 845) requires the chief executives or directors-general (however described) of public boards or corporations to cease to hold office upon the assumption of office by a person elected as President of the Republic of Ghana, the same is hereby declared to be unconstitutional and void for being in contravention of articles 190 and 191 of the Constitution,” the court held.