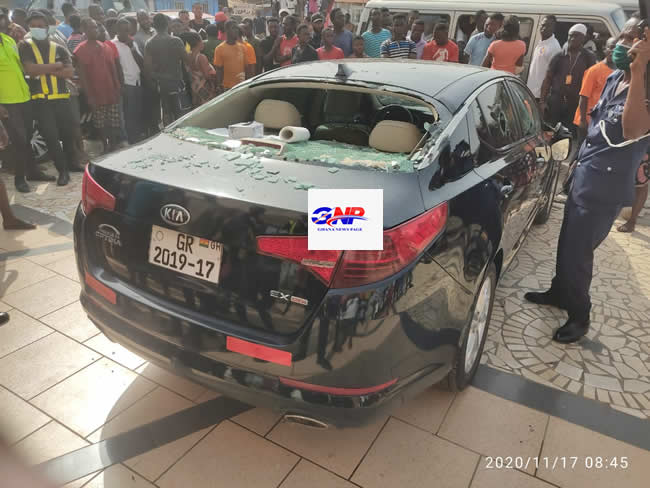 A driver has been shot dead by his colleague driver after a misunderstanding ensued between them, resulting in a brawl.

The incident happened on Tuesday, November 17, 2020, at the Ayeduase near the Kwame Nkrumah University of Science and Technology (KNUST).

The yet-to-be-identified driver believed to be in his 30s who shot his colleague driver dead is also reported to have shot himself upon seeing a police patrol team arrived at the scene of the incident where a mob had gathered to prevent him from escaping.

The Assembly member of the Ayeduase-Kotei-Twumduase Electoral Area who witnessed the incident said a misunderstanding ensued between the two drivers at the Ayeduase drivers’ station which resulted in a fight between the duo.

“One guy called Amoah attempted to separate the fight but an angry driver entered his car, picked a gun and shot the man three times in the abdomen…,” he is quoted as saying by Ghananewspage.com at the Komfo Anokye Teaching Hospital.