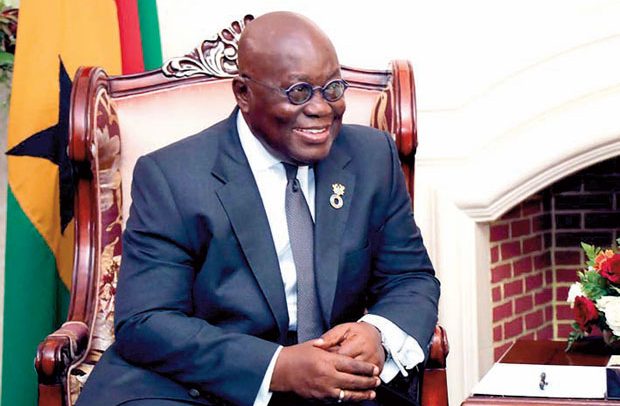 The sublime beauty or otherwise of an administration is found in the vision and decisions of the leader elected to lead the team. A visionary leader does not only inspire hope but also takes practical steps to materialize his vision.

Ghana, since independence, has been ruled and governed by individuals with their own idiosyncratic traits. By and large, most of the past leaders embarked on policies and programs which have benefited the citizenry in one way or the other.

A few of Ghana’s leaders undertook ventures which could well be described as legacies in a lot of ways. Though some of those preceding President Akufo-Addo did some monumental projects and introduced policies whose positive impacts affected the entire population, none can best what Akufo-Addo has achieved in just five years.

Realizing that the ultimate development of a nation depends largely on its human resources which is educated and skilled, President Nana Addo Dankwa Akufo-Addo decided to introduce a bold and ambitious program christened Free Senior High School.

The professional Jeremiahs, naysayers, doubting Thomases and constant pessimists poured cold water on the feasibility of such an ambitious project Akufo-Addo highlighted. To them, Free SHS was a mere wishful thinking, a dream whose reality existed in a distant future and not the present. Akufo-Addo birthed the Free SHS and it thrived.

This program has managed to enroll over one million Ghanaian youth most of whom would have been roaming our streets due to financial constraints of their parents. No social intervention program ever introduced in Ghana since independence can beat Akufo-Addo’s Free SHS program. Free SHS, without any shred of doubt, is the single most life changing policy ever introduced by any leader in Ghana.

A few weeks ago, another monumental project was unveiled by President Akufo-Addo under the moniker Agenda 111. This program is to bring into being 111 district and regional hospitals and it has been described as the biggest health infrastructural project in Ghana’s history. This is a legacy that deserves commendations.

Ghana is to host the rest of the African continent in the 13th African Games with infrastructural facilities costing $145 million. These facilities will go a long way in improving our sports infrastructure. It also helps in getting our athletes well prepared before embarking on international competitions and events. This also qualifies as a legacy project.

The name Nana Addo Dankwa Akufo-Addo will be written in the sands of time for being the most ambitious yet practical leader Ghana has ever had in our political history. He will be remembered by the next generation of Ghanaians and those after them.

The author of this piece is P.K. Sarpong, Whispers from the Corridors of the Thinking Place.