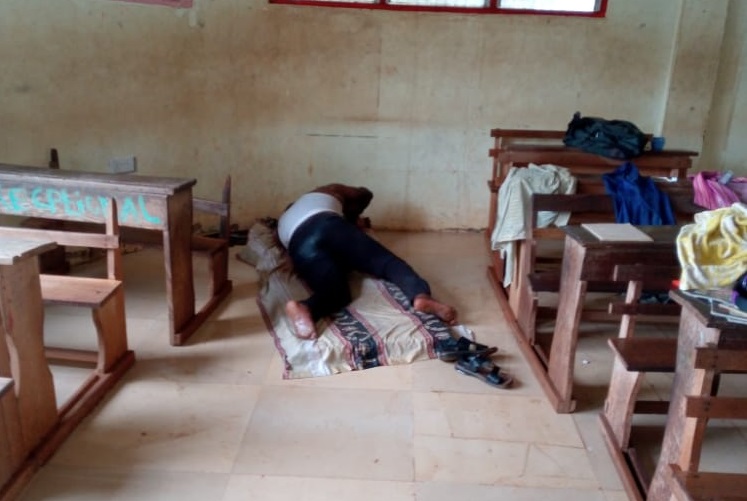 A foreman has been found dead in a classroom block near a construction site at Akyem Asuboa in the Asene-Manso-Akroso District in the Eastern Region.

Identified as Abotsi Clinton, he is reported to have been supervising the construction of a classroom in the area.

The body of the deceased has since been retrieved and deposited at the Akyem Oda Government Hospital Morgue by a joint team of security officials made up of Police, NADMO and Environmental Health officers.

An official of NADMO, Mark Gyamebi, interacting with journalists said “The man was found dead in one of the classrooms of AME Zion School at Akyem Asuboa. The classroom was locked, the head teacher of the school brought us a spare key but couldn’t open it so we called in a carpenter who broke the door. The said man was the foreman building a new school block for the school. Investigations are still ongoing to find the cause of his death”.

Some residents of the area told this web portal that the Clinton was only seen the community on Friday.

The cause of his death is unknown.