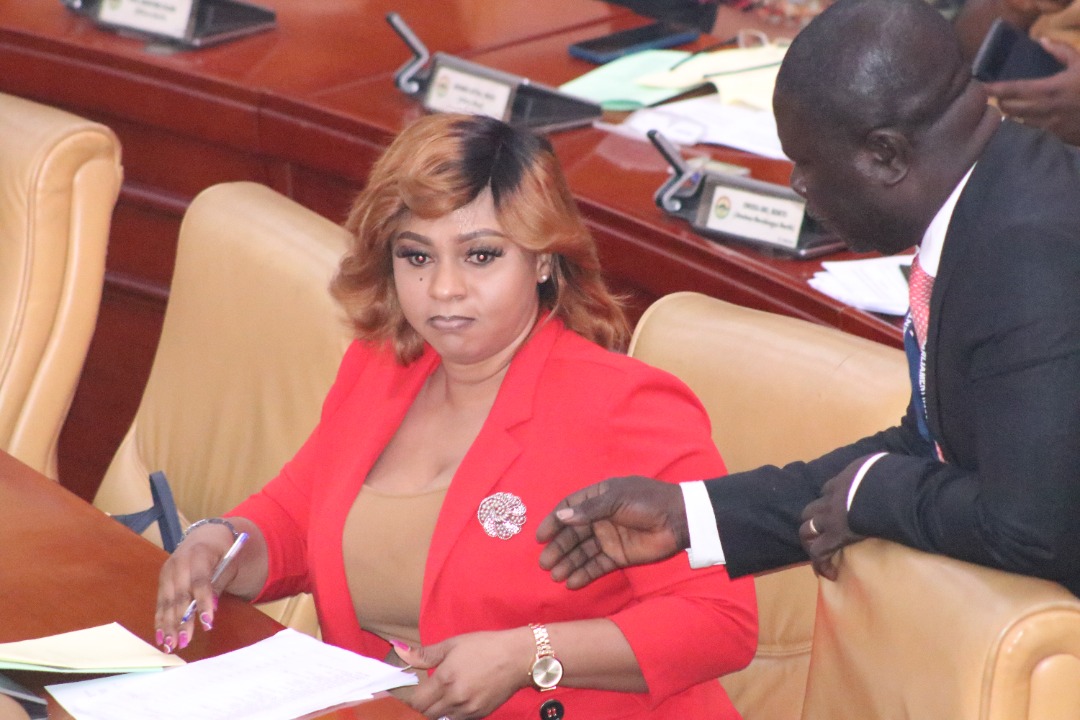 The Member of Parliament (MP) for Dome-Kwabenya constituency, Sarah Adwoa Safo, on Friday, November 11, 2022, joined her colleague law makers at a plenary sitting for the time in almost a year to conduct business.

Wearing a red jacket over a brown vest and beaming with smile, the easy going MP freely interacted with her colleagues who welcomed her with handshake into the chamber.

For a moment, she was the only person seated on her role and took time to go through documents that were made available to her by personnel from the Office of the Marshall whom many call ‘Chamber Attendants’.

After sitting through a while, the most talked about MP within in the country sneaked out to attend to some other business where her path was crossed by members of the Parliamentary Press Corps (PPC) who quizzed her how it felt like joining her colleagues once again.

“It feels good to be back”, she responded, adding “I’m now back as a Member of Parliament to continue my duties. Today is the first day and I’m hoping that the subsequent weeks are going to be good”.

The Dome-Kwabenya Parliamentary seat risk being declared vacant after its occupant, Adwoa Safo, absented herself from Parliamentary sittings for more than fifteen (15) days.

A report by the Privileges Committee over the issue is currently before the plenary for debate after the Speaker of Parliament, Rt. Hon. Alban Sumana Kingsford Bagbin dismissed a plea by the Majority Leader for forgo the said report and declare the seat vacant since the rules were very clear on the matter.