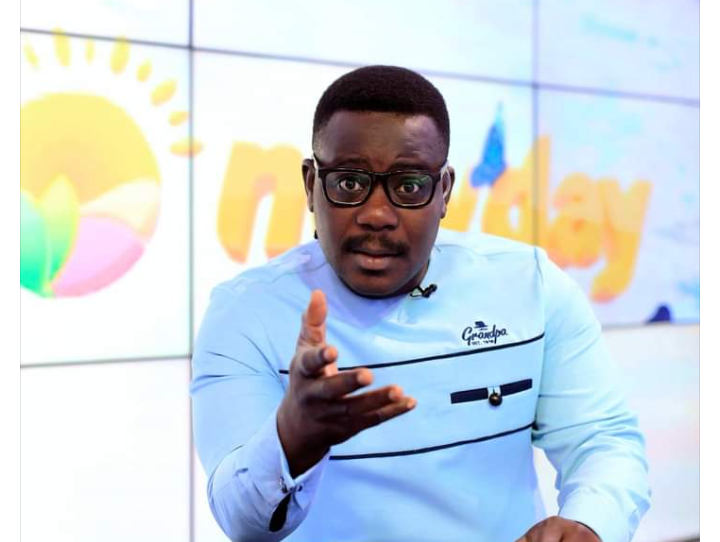 The Tema Shipyard Limited Local Union of the National Union of Seamen, Ports and Allied Workers (NUSPAW) of TUC has cautioned the host of TV3 morning, Johnny Hughes and the entire production team to desist from churning out false information to the general public regarding the ongoing restructuring and capital injection at the Tema Shipyard.

According to the Union, Jonny Hughes and his entire production crew will do TV3 and its viewing public good if they seek for the right information before going on air.

In a rejoinder sent to TV 3 and the host of its JonniesBite show, Johnny Hughes, ostensibly in response to misrepresentation of facts churned out by the broadcaster, the Union said they together with management went through all the processes outlined in the Labour Act (Act 651, 2002) and subsequent procedures before implementing the ongoing labour restructuring and capital injection exercise.

Therefore, attempts by Johnny Hughes to tell the public using a 2017 video clip of the honourable Minister of Transport assuring the workers of no job losses is not a true reflection of the facts on the grounds.

Again, it is palpably false and ill-intentioned for Jonny Hughes to create the impression that the Minister for Transport, Hon. Ofori Asiamah has shown no concern and taken any intervention to save the dying company from total collapse. Rather it was the minister who has been at the forefront of reviving the Tema Shipyard, noted the Union.

“If you care to know, the downward trend of PSC Tema Shipyard dates back to 2010 when Government of Ghana through GPHA bought the Malaysians shares from the Malaysians. The Government in 2016 handed over management of Shipyard to GHPA to look for a strategic investor to bring the Shipyard standard. Workers of Tema Shipyard have been calling for a strategic investor to revamp the ailing Shipyard since the departure of the Malaysians. Government of Ghana since 2010 have tried to satisfy the expectations of the workers but to no avail. It will interest you one more time to know that under the leadership of the Sector Minister, Hon. Asiamah, Shipyard workers were paid from government resources for a period of 11 months which, we, as workers are most grateful to him”.

They added, “The Minister, during a certain period where the yard has been without vessels for about four months, the Minister single handedly secured vessels to the Shipyard for repairs to keep the Shipyard moving. The video you showed on your program which captured the Minister assuring workers that nobody will lose his job was a video which date way back in 2017 when the Minister first visited the yard to acquaint himself with the operations of the Shipyard. You unfortunately presented the video as if it is a recent video directly linked with the ongoing restructuring exercise. It is our view that you have not been fair to the Hon. Minister.”

According to the Union, the ailing shipyard has gone through a lot of new developments and assured that Hon. Asiamah is up to the task of ensuring that the Tema Shipyard is revived, made competitive and profitable.

“Majority of workers in Tema Shipyard are in support of the restructuring exercise currently underway. We would have been very happy if you got in touch with the leadership of the Union before you did a program on this subject. Why didn’t you highlight the issues of shipyard during those trying moments when the yard was almost on its knees operating outmoded and dilapidated equipment that make the shipyard uncompetitive?”

Explaining further, the Union said the ongoing labour restructuring exercise has received the blessings of the Secretary General of the TUC, Dr. Yaw Baah.

“Dr. Yaw Baah has held meetings with the Sector Minister and the CEO regarding this very restructuring exercise. In fact, the TUC Secretary General is the one who authorized the CEO to go to the Chief Labour Officer for permission to carry out the exercise. The exercise at the moment has been and also going to be a major benefit to most of the workers. The TUC Secretary General delegated representatives to the Negotiation Team in the persons of Dr. Ebenezer Nyarko Otto, Sister Rose Kwei and Sister Miriam Atuguba who represented him during the process. This can be proved with the attendance list”, the jointed signed rejoinder in part read.

If further added, “We will kike to inform you that, without capital injection as well as new modern technology, it will be extremely difficult for the shipyard to survive the competition in the industry in the sub-region. As a result of this, the current restructuring exercise cannot be over emphasized. After the exercise and with private capital injection, the yard has the potential of tripling the current labour strength”.

In the view of the Union, shipyards in countries like Cote D’Ivoire, Senegal, and Equatorial Guinea are doing very well than the Tema Shipyard because of the nature of their labour setup. It is therefore the vision of the CEO of the Tema Shipyard, Dr. Alexander Adusei and the Sector Minister, Hon. Asiamah, to operate a similar shipyard model as mentioned in the countries highlighted with the aim of tripling the current labour force when the yard is operating efficiently with private capital injection.