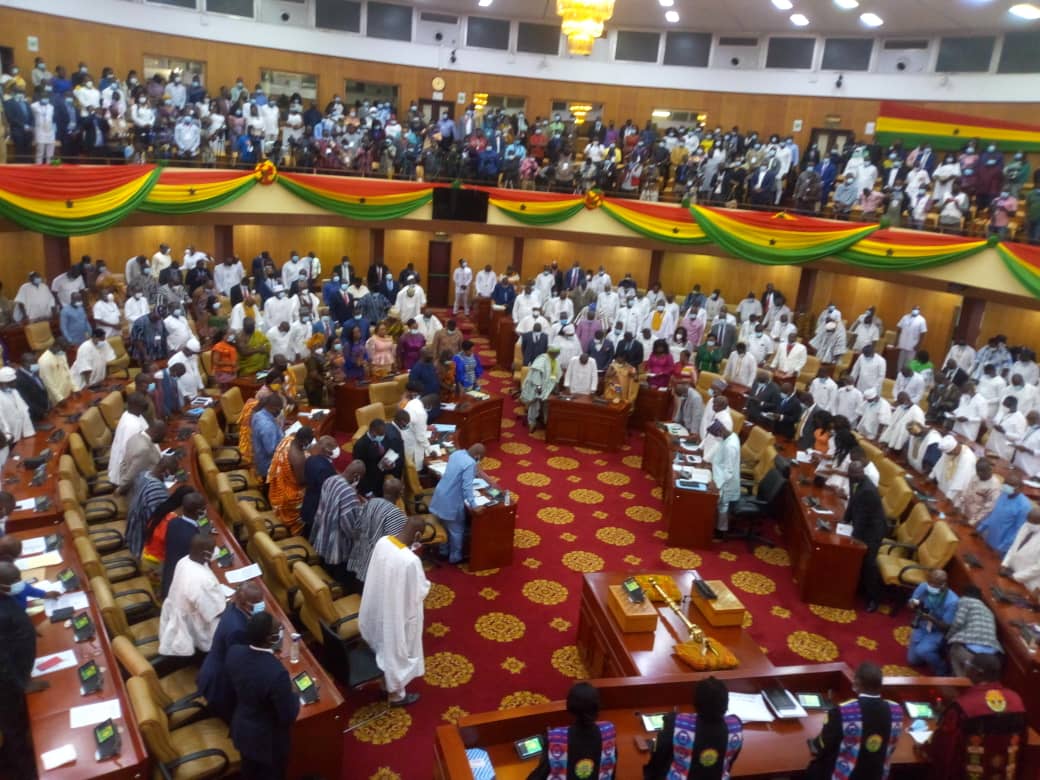 The Speaker of Parliament, Rt. Hon. Alban Sumana Kingsford Bagbin, has told Members of Parliament (MP) from both sides of the aisle to be mindful of the outcome of the 2020 Parliamentary elections and prioritize the needs and concerns of Ghanaians in all their deliberations.

According to him, the equal strength in numbers for the New Patriotic Party (NPP) and the National Democratic Congress (NDC) with one Independent Member signifies that Ghanaians have had enough of the business as usual approach that has characterized Parliament for a very long.

He said with a tie in numbers at 137 apiece for the NPP and NDC with one Independent Member, the message that Ghanaians have sent to out there is Members to end the “party first” mindset and the “associated unbridled partisanship and partisan polarization that have taken root in our politics and are giving our option of multi-party democracy a bad name”.

“I would like to believe also that the first indication that this message may have begun to sink is the very fact of my election as Speaker of Parliament, despite not being the nominee or preference of those Members whose party’s flag bearer has been declared by the Chair of the Electoral Commission as President-elect. I am sincerely grateful for the bipartisan approval of my speakership of this Parliament by you. God richly bless you all”, he noted in his opening remarks on Friday, January 15, 2021, during the First Sitting of the First Session of the 8th Parliament of the 4th Republic.

He added “Hon Members, the People of Ghana would like us to prioritize the needs and concerns of the country and of all Ghanaians above our own private or parochial interest or the narrow interest of one or the other political party. The People of Ghana are growing tired of politics as usual; of seeing their elected and appointed officials treat their political parties and political party identities as if those were bigger and more important than our common citizenship and as if those artificial identities were ends in themselves, as opposed to a means to the ultimate end, namely the collective progress and development of the country. The People of Ghana are demanding sound and effective solutions to their everyday problems, needs, frustrations, anxieties, and fears. The youth in particular wants to be inspired, motivated and given hope for a better future of unlimited opportunities. They want this country to grow and to prosper; to realize and live up to its full potential; to use its bountiful resources to deliver opportunity and generate prosperity and hope for its peoples. And they are entitled to no less”.

Rt. Hon. Bagbin directed the MPs to refer to the Directive Principles of State contained in Chapter Six of the Constitution in case they are at a loss as to what the message of Ghanaians means for the substance of the work in Parliament.