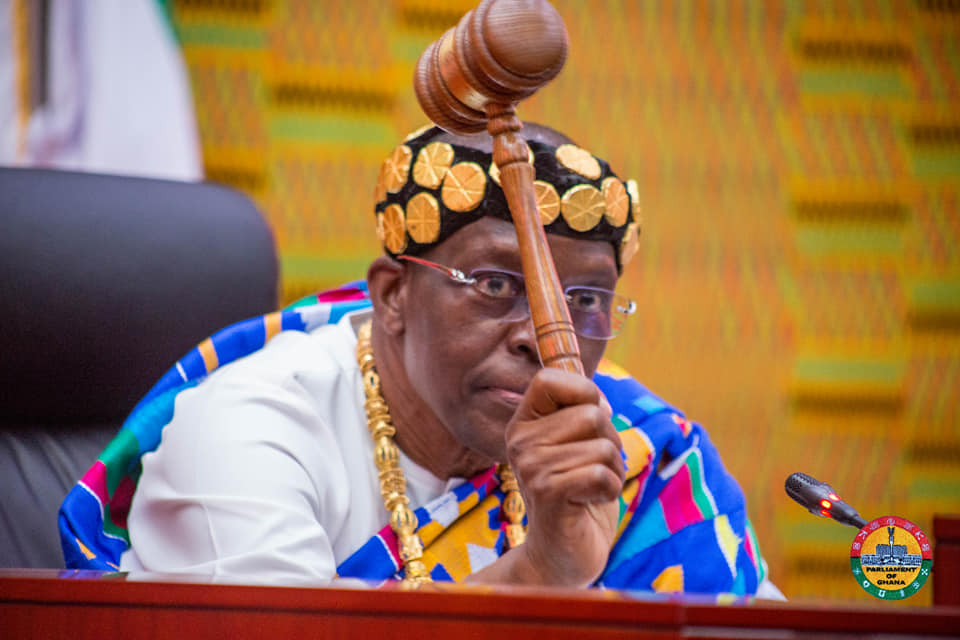 The Speaker of Parliament, Rt. Hon. Alban Sumana Kingsford Bagbin, has decried the way and manner the work of the legislature is being thwarted by the Executive over its continues appointment of Members of Parliament (MPs) to either head or serve on the Boards of state-owned enterprises and other institutions in the country.

In the view of the Speaker, such an act, does not only affects government business in the legislature but also, the capacity of the appointed MPs in the discharge of their legislative functions.

Addressing journalists in Parliament in Monday, April 4, 2022, moments after swearing into office elected Executives of the Parliamentary Press Corps (PPC), Rt. Hon. Bagbin said political patronage is not enshrined in the 1992 constitution, promising to crack the whip to bring an end to the practice.

He defined political patronage as the the appointment of Members of Parliament by the governing party to serve as Chief Executives, Managing Directors or Director-Generals of state and or chairs of state-owned enterprises and other institutions.

According to him, for an MP to hold an office of profit that Member must be issued with a certificate by the Speaker, cautioning that the President cannot sit and do whatever pleases him by appointing MPs to serve to either head or serve on Boards of state-owned enterprises and other institutions.

“Parliament today, the governing party always have a lot of the members bought by the Executive through patronage. They are made chairs of Boards, members of Boards, the Chief Executives of some institutions and they are Members of Parliament. So, how can you come and criticize the same thing that you are involved in? That is political patronage and we are going to look critically into our constitutional provisions to make sure that we don’t allow this thing to continue. It is not part of the concept that we have in the 1992 constitution”, he noted.

He added “It is clear in the 1992 constitution that for you to hold an office of profit, you need a certification from the Speaker. But who are the Speakers when the President usually breathe over their shoulders and when they have a mob of a large numbers of majority pushing them behind to do what they think that it is right for them to do? I am not under that pressure and I can sail my own boat and I intend to do that. Before anybody is giving that appointment, the Speaker must give a certificate. It is not just for the President to sit and dictate and co-opt everybody and leave Parliament with only the Minority to rather be critical of government actions and inactions. That is not helpful to our democracy and we have to crack the whip on this matter”.