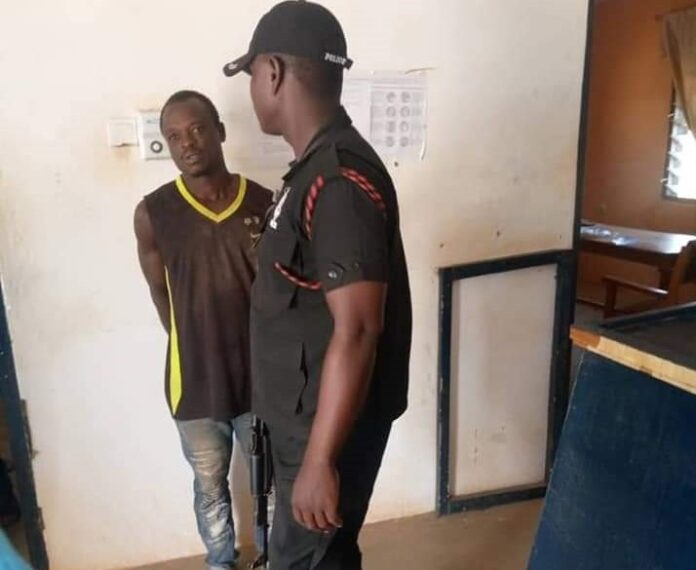 Police in Ejura have arrested the suspect who shot and killed a 45yr old man at Hiawoanwu in Ejura/Sekyedumase Municipality of the Ashanti region.

The suspect, Mahamuru Ghana, attacked the victim at his farm last week and shot him in the stomach and head, killing him instantly before fleeing into the bush.

The victim was with his 9yr old son when the attacker ambushed them on their way from the farm.

The attacker however did not harm the little boy after killing his father.

The killing of the victim had triggered a reprisal attack on Fulani herdsmen in the area who it was earlier wrongly announced were responsible for the killing.

The angry villagers invaded the Fulani camps and killed at least two Fulanis and destroyed their properties before the news followed later that the Fulanis were innocent and had no hand in the incident.

According to the little boy, the suspect emerged from the bush and shot his father after a short exchange

“He shot him and asked me if I knew him”, according to the boy. “But I told him I don’t know. He told me to run and said if I got home I should say my father was killed by one Burger (from Yeji)”

He was brought back to Ejura and currently in custody in the police station. According to the police, he has confused the crime and would be sent to court.