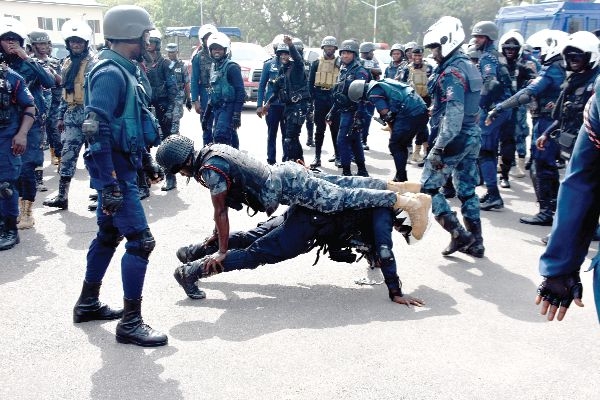 The Police Administration has served notice of its readiness to deploy two hundred (200) armed police officers to serve as bodyguards for sitting Members of Parliament (MPs).

The deployment of the 200 police personnel will add up to the existing seventy-five (75) police bodyguards already provided to the leadership of Parliament and MPs who double as Ministers and Deputy Ministers of State.

A statement issued by the Director of Public Affairs, Superintendent Sheilla Kessie Abayie-Buckman, said the officers would be deployed as part of the existing Police Parliamentary Protection Unit, after certain operational conditions arranged between the Ministry for the Interior and the Parliamentary Service have been satisfied.

The Police Administration further noted in its statement that arrangements have been made for all levels of the Police Command to liaise with respective Members of Parliament to provide security.

The move comes after the murder of the Member of Parliament for Mfantseman, Hon. Ekow Quansah Hayford.

According to local sources, he was returning from a campaign trip with some members of the New Patriotic Party (NPP) when they were ambushed by some unidentified gunmen at Nkusum on the Mankessim-Abeadze Duadze road on Friday, October 9, 2020, around 1:00 am and in the process, shot him dead.