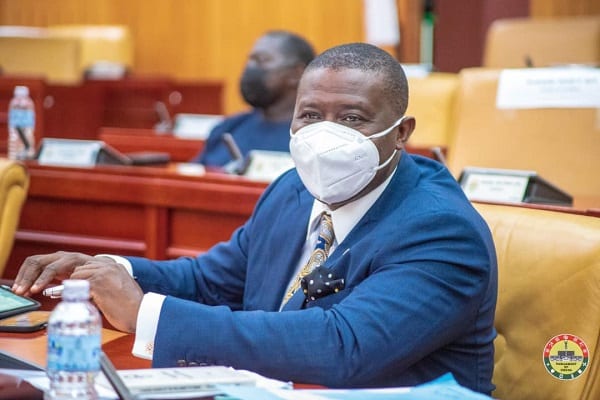 The Vice-Chairman of the Parliamentary Select on Finance, Patrick Yaw Boamah, has said that considering the incessant public bashing that always greets Members of Parliament (MPs) whenever they contract an auto loan to buy vehicles to support their work, he would advise his colleague lawmakers to reject the current facility on their table if he had his own way.

To him, it is unfair for MPs to be subjected to such criticisms given the enormous task they perform and the long hours they spend in the house of the legislature.

Interacting with some journalists in Accra on Wednesday, July 7, 2021, over the motion for the procurement of US$28million loan facility from the NIB which was tabled on the floor of the House on Tuesday, July 6, 2021, by the Minister of Finance, Ken Ofori-Atta, Mr. Boamah said MPs deserve better.

According to him, if in the opinion of the public, such loan facility should not be extended to them, they have no qualms with that.

However, MPs, he stressed, should also be treated same as members of the Judiciary and that of the Executive by assigning them officials vehicles to assist them in the performance of their duties.

“I don’t see the reason why we should be the subject of this public bashing. Because it is a loan agreement that the Finance Ministry contracted with the National Investment Bank (NIB) of Ghana for Members of Parliament and Members of Council of State. It is done after every four years. I have never heard anybody talking about why we procure loans for Members of the Council of State. Because MPs are easy target, it is a necessary evil which comes with our job. But nobody has asked of why the State, from the Executive and Judiciary, are giving vehicles without procuring a loan. That is why I’m saying that if I have my way, I will ask MPs to reject the loan and ask government to procure vehicles for us to use for the performance of our duties. After four years, we leave the vehicles for them”, he noted.

This paper can authoritatively state that even before the said loan facility could be disbursed to the MPs, the legislature has already started deducting the repayment from their salaries in anticipation of the loan facility which is yet to be approved.

Mr. Boamah commenting further, said the matter needs to be properly interrogated for lawmakers to know their stance.

“There is the need to interrogate it. If the public thinks that MPs don’t deserve a vehicle to work with, we should know so that we know our limitations and what the Finance Minister can do to support our work. If we all agree that we must buy and station vehicles here so that when you are going to your constituency or going on an official assignment, you get a driver from Parliament, he takes your there and when done, you come and park the car and you buy your own car from your own salary”, he underscored.

Considering the amount and the number of individuals involved, each MP is expected to receive over $100,000 for the purchase of a vehicle.