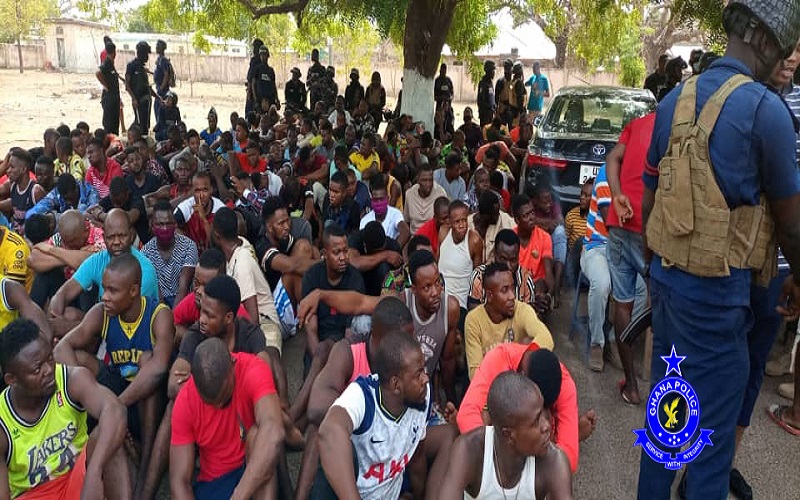 A combined team of police officers, immigration officers and the National Security from the Upper East region, has arrested 507 illegal immigrants from the Bolgatanga Municipality.

A tweet from the Ghana Police Service say the immigrants were made up of 494 Nigerians, including six females and 13 Burkinabes who entered into Ghana from April 2020 through unapproved routes lying at the Northern part of the country.

The operation leading to the arrest, according to the men and women in black uniform, was mounted as a result of concerns raised by residents of the Upper East Region in the influx of foreign nationals who engaged in criminal activities and other related crimes (scams) such as Q’Net in the area.

The illegal immigrants have since been processed for repatriation.

However, the police say the profiles of the Nigerians among them are being shared with security counterparts in the Republic of Nigeria, to ascertain whether they were part of the announced jailbreakers.

“The Police Administration cautions the public, especially, Landlords against accommodating persons whose identities and residential legal statues are unknown”, the tweet from the Police in part cautioned.

It further appealed to the general public to give the Police information about suspected criminals and criminal activities to their attention.