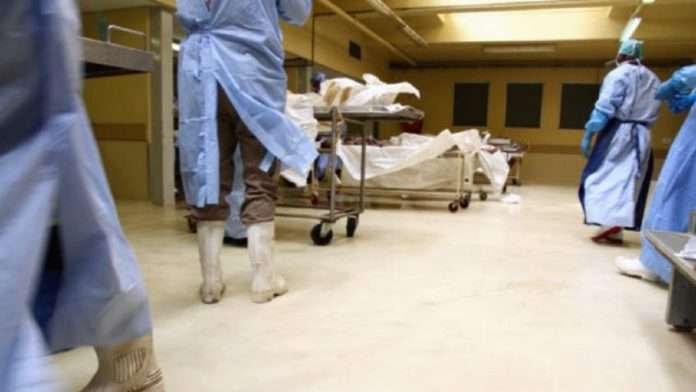 The Minister of Health-designate, Kwaku Agyeman-Manu, has said that mortuary attendants will have no cause to worry again as the Ministry was working hard to improve on their conditions of service.

Appearing before the Appointments Committee of Parliament in Accra on Wednesday, February 10, 2021, Mr. Agyeman-Manu said the present conditions of service of mortuary attendants was of grave concern to the Ministry, assuring that some measures were being pursued to change the situation.

Mortuary attendants in the country have been complaining of government’s neglect, citing low salary among other things as challenges confronting their profession.

Having gone through such a situation for a very long time, the mortuary attendants unionized last year under the umbrella name Mortuary Workers Association of Ghana and threatened to embark on a demonstration to press home their demand.

However, Mr. Agyeman-Manu commenting on the concerns of the mortuary attendants, told the Appointments Committee that those challenges will soon be over.

For instance, he said the Mortuaries and Funerals Act which was passed some years ago was in the process of being implemented, believing that once done, it will enhance the condition of service of mortuary attendants in the country.

“We are in the process of establishing the Mortuaries and Funerals Act. This was passed some years back. We only picked it last year to try and establish it so that they have an Agency that takes care of their welfare and several other things. We have been engaging with their consultant and I believe going forward, we have a program to help them get some of their challenges resolved”, he noted.

Mr. Agyeman-Manu was answering to a question posed by the NDC MP for Awutu Senya West, Gizella Agbotui-Tetteh over what plans the Ministry of Health have for the Mortuary Workers Association.