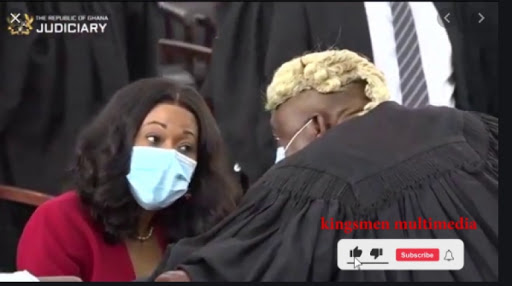 Having failed to secure a Supreme Court ruling to compel the Chairperson of the Electoral (EC), Jean Mensa, to enter to the witness box to be cross examined, Counsel for John Dramani Mahama (Petitioner), Lawyer Tsatsu Tsikata, says they will explore other available options to press home their demand.

One of the available options, he noted, is to subpoena the EC boss, who was also the Returning Officer in the 2020 Presidential Election, to adduce evidence from her.

At a court hearing on Thursday, February 11, 2021, Mr. Tsikata told the Judges that they intend to apply for Leave of the court to subpoena Jean Mensa to respond to how she arrived at the figures that made her declare the Second Respondent (Nana Addo Dankwa Akufo-Addo) President-elect in the 2020 Presidential Election.

His comments follows a ruling by the apex court that dismissed a request the Petitioner made for the court to compel the EC boss to enter the witness box for cross examination.

True to his word, the Petitioner through his lawyers, has filed a motion to subpoena Jean Mensa to adduce evidence from her, noting that the move is the interest of justice and for fairness in the adjudication of the Election Petition.

“In respect specifically of the witness statement filed on behalf of 1st Respondent by its Chairperson, Mrs. Jean Mensa, the Court decided that, since she had not been called as a witness by 1st Respondent for her witness statement to be admitted in evidence she could give under oath, she was not available to be cross-examined as my Counsel had argued before the Court. It is as a result of this ruling of the Court that, I am advised by Counsel and verily believe, it has become necessary in the interest of justice and for fairness in the adjudication of this, for my Counsel to seek the order herein being sought”, aspects of the motion to re-open case of petition read.