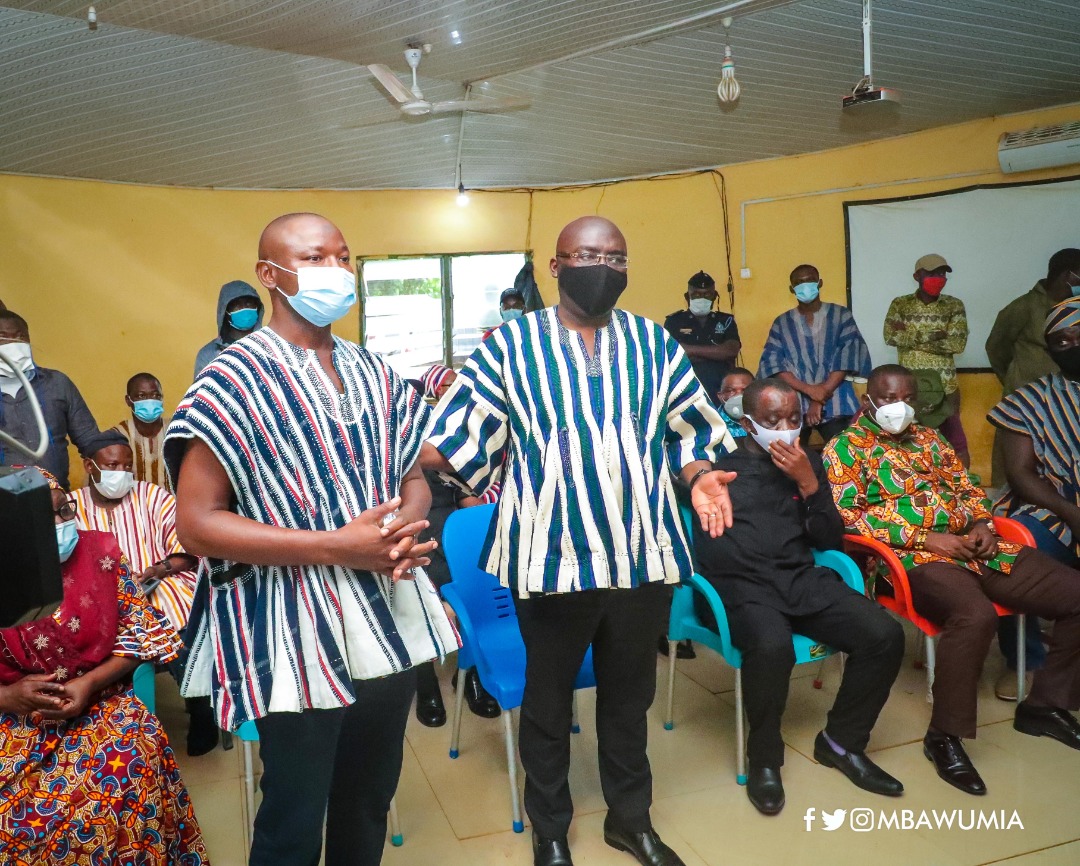 Ghanaians have been urged to roundly reject any person who seeks to attain higher office by inciting and fanning divisions between the various ethnic groups that have existed peacefully in Ghana.

The Vice President, Dr Mahamudu Bawumia, who gave the advice while addressing the chiefs and people of Gushegu in the Northern Region on Sunday, 6th April, 2020, underscored the need for Ghanaians to peacefully co-exist irrespective of their religious and ethnic differences in order to achieve national cohesion and development.

He stated that President Nana Addo Dankwa Akufo-Addo though an Akyem, has achieved the long-held desire of restoring peace and tranquility in Dagbon after decades of strife and misunderstanding over chieftaincy.

“President Akufo-Addo is an Akyem but he was particularly troubled by the lack of peace in Dagbon. The attainment of peace had eluded many governments before him, but as he promised in 2016, he has ensured the performance of the final funeral rights for a new Ya-Na to be enskinned. The Akyem man. This is why we must continue to support him because no amount of money can buy peace. Let us vote for him in December”, he said to a thunderous applause.

He added, “We must ensure that we reject a President who will divide our ranks and ensure that we are not one people because this will rob us of the needed development. You cannot fan tribalism and divisions in your bid to rule Ghana.

“Recently President Mahama described a whole tribe as Sakawa (fraudsters). How do you take a whole tribe and say they are Sakawa? How do you do that? My message to Mr John Mahama is that you cannot win the Presidency with tribalism. Ghana has gone beyond tribalism. Come and show your competence in delivery to the people of Ghana. Because you cannot show your competence, you are resorting to tribalism. We (Ghanaians) will not stand for tribalism” the Vice President declared.

President Nana Addo Dankwa Akufo-Addo remains a man of peace and unity, and Ghanaians will endorse his tireless efforts to make Ghana a peaceful, united country with one destiny, Vice President Mahama emphasised.