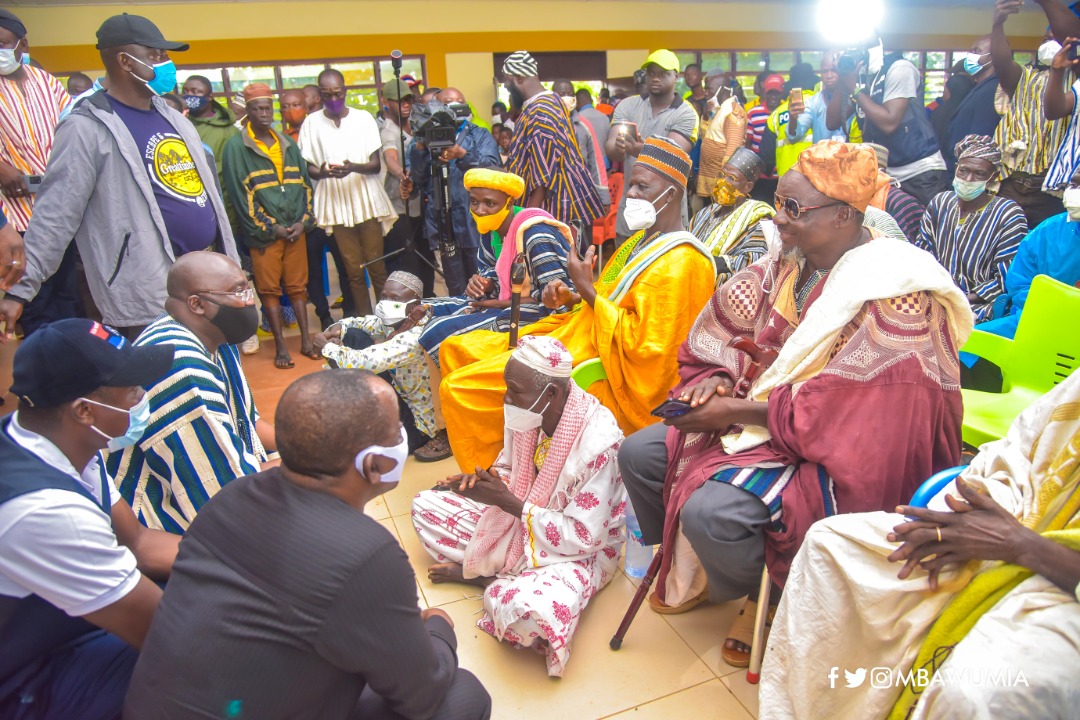 Mahama endorsed a disparaging and tribal-laced article by repeating the article on his official facebook and highlighting the disparaging portion.

The former President has since come under attack, with many describing his comments as unpresidential.

Addressing a durbar of Chiefs and people of Gushegu on Sunday, Dr. Bawumia expressed surprise and disgust at the former President’s comments, saying Ghana is a united country which has moved beyond the kind of divisive, and tribal politics by the former President.

“The recent utterances of John Mahama referring to Akyem Sakawa boys. How do you take a whole tribe and say they are sakawa. How do you do that?,” Dr. Bawumia said.

The Vice President noted that the person former President Mahama directed his disparaging ethnic attacks to, President Akufo-Addo, is one who is widely acknowledged as a champion of peace, having played a significant role in the resolution of the Dagbon crisis.

“The Paramount Chief of Gushegu, Gushe-Naa, Abdulai Shitobu, has just said and I quote him, “Dagbon owes Nana Akufo-Addo Addo a depth of gratitude.”

“He appreciates what Nana Addo Dankwa Akufo-Addo has done and Nana Akufo-Addo is not a Dagomba man.”

“He is an Akyem man, and an Akan, who has brought peace to Dagomba land through his effort, along with others to bring peace to Dagbon so we are grateful to him.”

Dr. Bawumia further wondered why former President Mahama disparaged Akyems, who are proud Ghanaians, just as any other tribe.

“Nana Akuffo-Addo, yes he is an Akyem man but he is a Ghanaian, and the Akyem people are proud Ghanaians as other tribes.”

“If you look at our big six, three of them are from Akyem. These are not the kind of people you can blatantly call sakawa boys so we will continue to call on John Mahama to apologise unreservedly for what he has endorsed.”

MESSAGE TO MAHAMA
Dr. Bawumia sent a clear message to former President Mahama that the December elections will be fought on competence and records not on tribal line.

“This election is going to be fought on our records not on tribalism.”

“And my message to John Mahama is that you cannot win the Presidency with tribalism. Ghana has gone beyond tribalism.”

“Come and show your competence in the delivery to the people of Ghana. Because you don’t have competence, you are resorting to tribalism.”

Vice President Bawumia stressed that President Akuffo-Addo, by his deeds, has proved to be a unifier.

“We want unity and we want a President who will unite us. Nana Addo Dankwa Akufo-Addo has demonstrated that he is that President by what he has done not in Dagbon but other places”.

Dumsor looms: Pay us or we shut down – IPPs to Gov’t