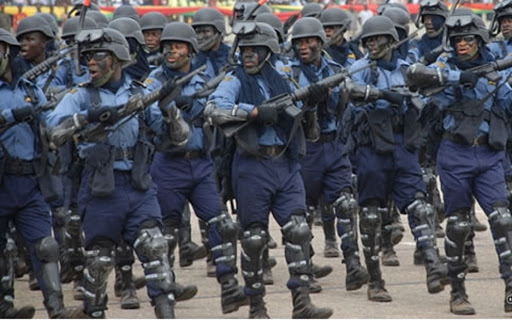 The Ministry of the Interior has deployed additional 200 police personnel to be part of the Parliamentary Protection Unit, making it therefore, attain the status of a Divisional Police Command.

The move therefore means that each Member of Parliament will now have one police officer as a bodyguard.

Each of the remaining nine Members who are in leadership positions also has police bodyguard to protect them.

The move follows incessant demands by the legislature for police protection in the wake of the gruesome murder of the MP for Mfantseman, Ekow Quansah Hayford, by some unidentified gunmen at Nkusum on the Mankessim-Abeadze Duadze road on Friday, October 9, 2020, around 1:00 am.

Addressing the media following a Committee of the Whole sitting on Tuesday, October 13, 2020, the Minister of the Interior, Ambrose Dery, said the deployment of the 200 police personnel forms part of the enhanced measures put in place to further tighten the general safety of lawmakers just like Judges in the country.

He further announced plans by the Ministry to increase the police force to 800 to enable each lawmaker to also have security at home during the day and night.

“The judges do have that. Ministers do have that. Indeed, leaders of Parliament – The Speaker, Deputy Speakers and leadership have that. So, thanks to the retooling, we’ve got adequate police personnel to deal with the 200. But we have to move it a little further so that just like the Judges are exposed because they take decisions that affect people adversely, the MPs are even worse. Because how many of you know the judges who sit on cases each day? But here, our sittings are telecast live – when a Member of Parliament has to speak, his or her name is printed and then you do know that very serious decisions are taking here which have ramifications for some people that they bring proposals either that are not accepted or they are reduced whatever it is they know what each individual or MP says in Parliament”, he noted.

He added “Secondly, we still know that in our politics, we still are working to perfect our capacity for tolerance and therefore we can have situations where Members of Parliament are exposed. So, indeed what I came to tell Parliament is what we can do now to end the year”.

Mr. Dery who is also the MP for Nandom, however, dispelled arguments the deployment of the additional 200 police personnel will mean MPs are being given special treatment from the general populace.