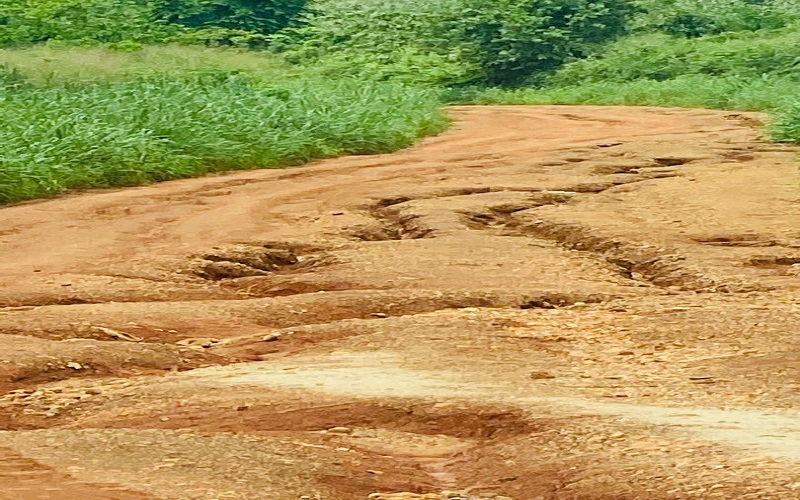 A €50 million loan facility has been approved by Parliament for the reconstruction of Bechem-Techimantia-Akomadan road. The road project forms part of the Akufo-Addo-led government’s promise to improve the country’s roads to facilitate economic growth, integrate rural development, improve access for the rural and urban poor to basic public services such as education, healthcare, water and sanitation and market centres.Some portions of the Bechem-Techimantia-Akomadan road network is in a very deplorable condition with motorists said to be denied access, especially, during rainy seasons.

As a result of that, many food crops are unable to be carted into markets far and near with farmers bearing the brunt of the situation.

The reconstruction of the 40 km road network is therefore expected to bring some relief to commuters on the road, as well farmers located in communities along that stretch of road.

It is also expected to impact positively on the economy through easy flow of traffic and shorter travel times as well as enhance accessibility and improve livelihoods in the project area by propelling growth and reducing poverty.

The Member of Parliament (MP) for Tano South, Benjamin Yeboah Sekyere, interacting with www.politicoghana.com on the sidelines of sittings on Thursday, July 30, 2020, lauded the President, Nana Addo Dankwa Akufo-Addo, for capturing the Bechem-Techimantia-Akomadan road network in his year of roads agenda.

According to him, the deplorable state of the road has made it look like Techimantia is a village which is not the case.

“If you happen to find yourself in that place and you are going to Techimantia, you would presume that the place is a village but it’s a very big town but because of the deplorable nature of the road network, you may anticipate otherwise until you get to Techimantia town where you will be hit with the reality”, he noted.

The Bechem-Techimantia-Akomadan road is a trunk road that connects two major economically important roads in the Northern Sector of the country, namely, Kumasi – Sunyani – Berekum – Dormaa Ahenkro road at Bechem in the Ahafo Region, and Kumasi – Techiman – Tamale – Bolgatanga N6 road, at Akomadan in the Ashanti Region.

It is approximately 40km in length with gravel surface at many sections of the road whilst the sections through Dwomo, Techimantia and Akomadan are paved or bituminous surface dressed.

The gravel sections are in poor condition with poor drainage whilst the bituminous surface are old and weak and will need pavement strengthening.

The gravel sections are rendered unmotorable during wet seasons, especially, the long steep slopes areas, whilst the low lying areas become soft and impassable. The section runs through communities that are predominantly farmers in food and cash crops and where access to market centres are important to the people.