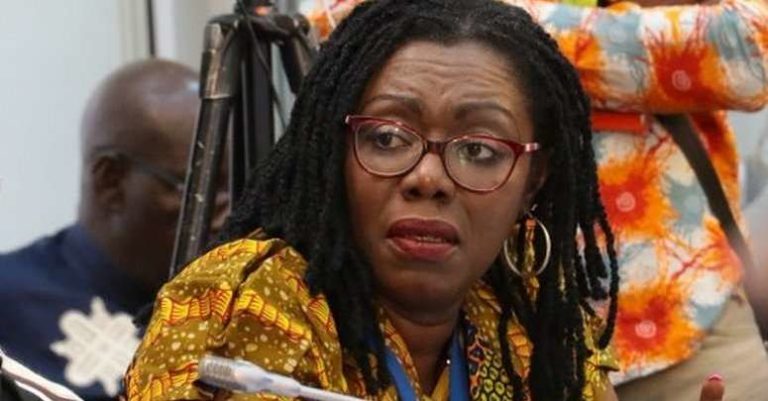 The Speaker of Parliament, Prof. Aaron Michael Oquaye, has issued a 48-hour ultimatum to the Minister of Communications, Hon. Ursula Owusu-Ekuful, to show up in Parliament and respond to some pending issues related to her sector ministry.

This follows her in Parliament on three occasions where she was expected to provide answers to a questioned filed in the name of the National Democratic Congress (NDC) Member of Parliament (MP) for Ningo-Prampram, Hon. Samuel Nartey George.

Sam George as he is affectionately called by many in the political circles had wanted to find out from the Minister of Communications how much incremental revenue has been made by Kelni GVG in the past years.

The Speaker in making his directive on Wednesday, August 5, 2020, admitted that on Monday, August 3, 2020, he had a letter delivered to him from the Communications Minister informing him of her inability to be in the House that day due to circumstances beyond her control.

In addition to that, he had wanted Hon. Owusu-Ekuful to brief the House on the status of the National Data Centre after the commercialization agreement.

In December, 2017, the Government through the Ministries of Communication and Finance entered into an US$89 million deal with Kelni GVG Limited.

The contract was to develop and implement a common platform for traffic monitoring, revenue assurance, mobile money monitoring and fraud management. The contract with Kelni GVG also seeks to deal with revenue losses and simbox fraud involving telecommunication companies.

Prior to the Speaker’s directive, the Majority Leader, Hon. Osei Kyei-Mensah-Bonsu, had told the House he had tried reaching the Communications Minister on phone but to no avail and pleaded with the Speaker to reschedule the Minister for another date.

The Minority Chief Whip, Hon. Mohammed Mubarak-Muntaka, commenting on the issue said the Minister failing to attend to Parliament for a third time was uncalled for, urging the House to be more proactive in getting Minister appear and respond to issues relating to their Ministries.

“Mr. Speaker, I don’t want to impugn any wrong motive that it is deliberate and the Minister is trying to avoid these questions. It is our responsibility as a House to get Ministers to be accountable to this House. This the third time. The first time she was not here and there was no answers. This second time, the same and today the same without even the answers. I hope you will give the right directives for the Minister to come and answer these questions without further delay”, he noted.