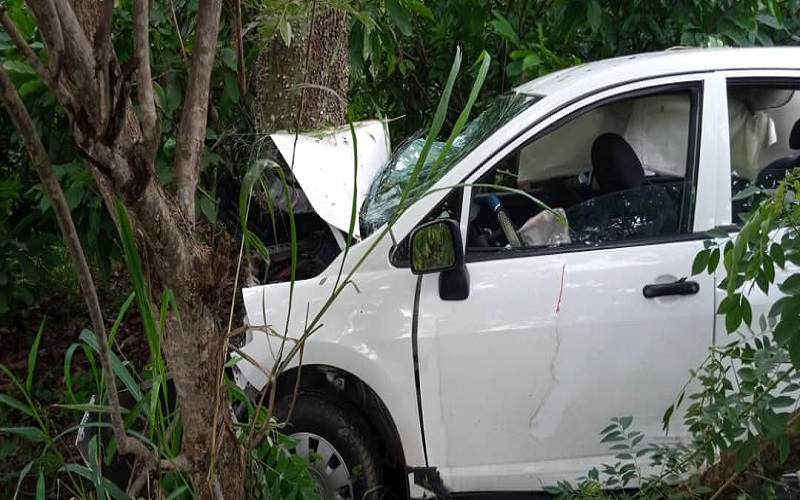 Four (4) students believed to be returning from the National Science and Maths Quiz Competition have been involved in a near-fatal accident.

The accident occurred at Osubetor Community on Koforidua to Mamfe road Wednesday at about 1:00pm.

The driver was reportedly sleeping.

One of the male students suffered a deep cut on the forehead while others were seen with relatively minor injuries.

They were rescued and rushed to the hospital by a Police Car heading to Koforidua.

Oti Boateng SHS was eliminated from the National Science and Maths Quiz on September 29,2020.