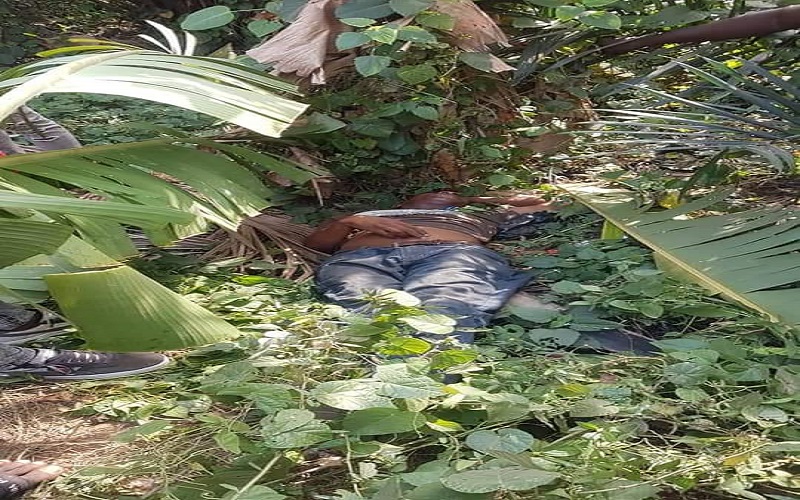 The New Juaben South Municipality in the Eastern Region has been thrown into a state of shock following the discovery of the dead body of a taxi driver which was tied with a rope in a plantain farm near the Anglican Basic School at Korle-Nkwanta community.

It is not clear what led to the death of the taxi driver. However, some residents believe that he might have been killed by armed robbers who perhaps, hired his service under disguise.

One of the residents explained that the assailants drove away the taxi cab, took away a mobile phone, unspecified amount of money, and some other belongings of the driver.

The body of the deceased has since been retrieved by the Police and deposited at the morgue with the men and women in black uniform initiating investigations into the matter.