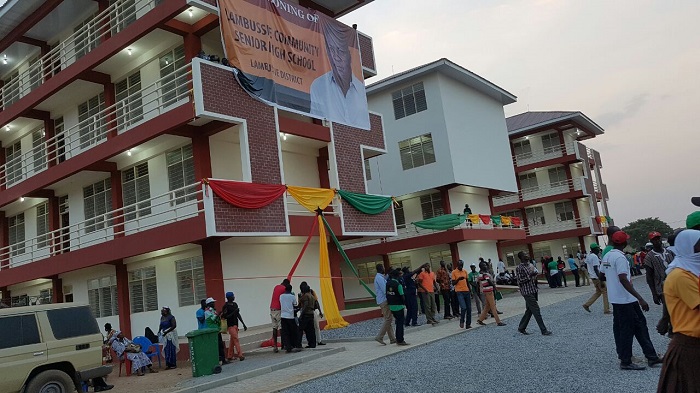 Reports are emerging that not a pesewa was paid to the contractor who built the E-Block school in the Lambussie District in the Northern Region.

A deputy Minister of Information, Pius Enam Hadzide, who revealed this while interacting with Accra-based Okay FM on Friday, September 18, 2020, said it was so shocking when the Akufo-Addo-led administration discovered that the contractor for the said project was not paid.

“The NDC-led administration under John Dramani Mahama built one of the E-Block schools in Lambussie but did not pay a dime or pesewa to the contractor after completing it. Yet, they are all over making unnecessary noise that we built this we built that. It’s a shame”, he said.

To Hadzide, it took the efforts of the Ministry of Education and that of GETFund to pay the contractor for the Lambussie E-Block project.

The Lambussie E-Block School, he added, is part of the 29 E-Block schools that were completed by the NDC before they exited office on January 7, 2017, a figure which contradicts the 47 completed E-Block Schools captured in then Minister of Education, Prof. Jane Naana Opoku-Agyemang (now running mate to John Dramani Mahama), in her handing over notes as having been completed.

The claim by Hadidze was corroborated by the Administrator of GETFund, Richard Boadu, when he recently addressed the media over the E-Block Schools and related matters.

The Lambussie Community Day Senior High School, also known as The School of Excellence, is located on the Lambussie-Pinna Road and offers General Agriculture, Business and General Arts with pure Science.

It was inaugurated by John Dramani Mahama, then President of the Republic, on November 19, 2016.