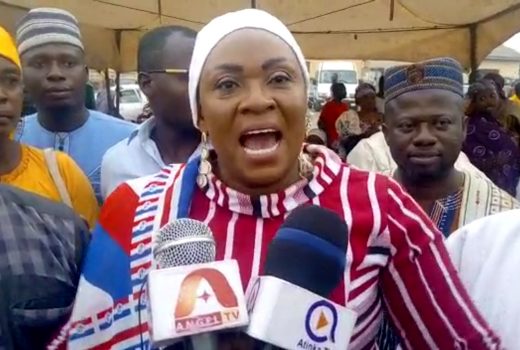 The Minister-designate for the Ministry of Fisheries and Aquaculture, Mavis Hawa Koomson, has said that no one got injured in her infamous gun shooting incident at Kasoa during the voter’s registration exercise.

The gun, she noted, was fired in the air, explaining that it wasn’t targeted at anyone but rather, to wade off troublemakers that were aiming at her.

Appearing before the Appointments Committee of Parliament on Thursday, February 18, 2021, for public hearing on matters relating to the Ministry she has been designated as well as her public life, the former Minister for Special Development Initiative although nobody got injured in the said incident, her action on that day was very regrettable.

Her response was in reaction to a question posed to her by the Minority Chief Whip and MP for Asewase, Hon. Mohammed Mubarak-Muntaka, who sought to find out from the nominee whether her action did cause harm to those who were around the place of the incident and if yes, whether she took time to visit the injured.

The basis of his question, he noted, was find out from the nominee whether her apology was sincere.

The Awutu Senya East lawmaker came under severe criticism following her infamous shooting incident with Civil Society groups, security analysts, as well as the opposition, calling for her arrest, prosecution and resignation.

The National Communication Officer of the opposition National Democratic Congress (NDC), Sammy Gyemfi, served notice that the next NDC government will prosecute and jail the Minister for Development and Special Initiatives for her action.

He told journalists at a press conference that, Hon. Mavis Hawa Koomsom’s condemnable criminal acts make her a candidate for prison and will definitely spend some time in jail when the NDC wins power after the December 7 election.

“…Hawa Koomson, the gun she fired, the thugs she brought into this constituency to cause mayhem, we (NDC) will definitely arraign her before court to be prosecuted when we come to power. Hawa Koomson will surely go to jail,” Sammy Gyemfi was quoted as saying by kasapafmonline.com.