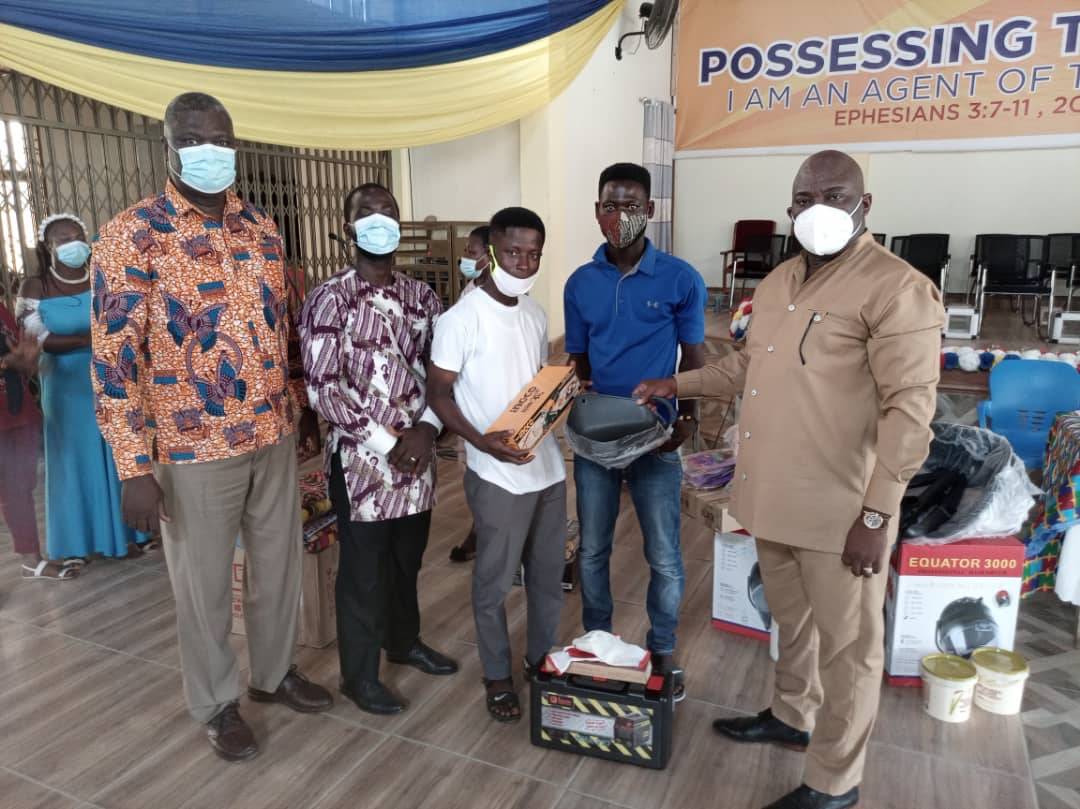 The Government of Ghana through National Board for Small Scale Industry (NBSSI) has supported fifty (50) National Vocational and Technical Institute (NVTI) graduates in the Awutu Senya East constituency and its environs with work kits.

Speaking at the event, the Deputy Chief Executive Officer for Coastal Development Authority, Mr Emmanuel Kojo Affram revealed, the initiative is part of the agenda of the government to reduce youth unemployment which is a threat to the national security.

Mr. Afram made the revelation when speaking on behalf of the Member of Parliament for Awutu Senya East, Hon Mavis Hawa Koomson.

The deputy CEO said, youth unemployment in the constituency has been the headache of Hon. Hawa Koomson since she became MP, therefore, she is more than ready to partner NBSSI and Master Card Foundation to give employment to her constituents.