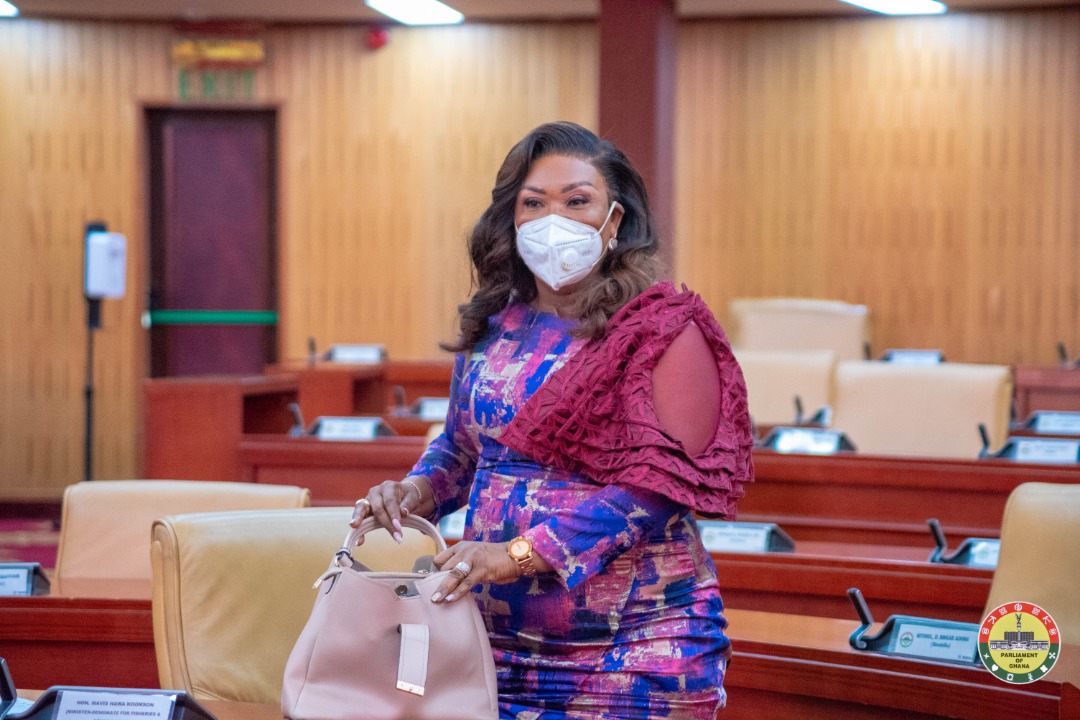 Fisherfolks in the Gomoa East enclave have thrown support to the nomination of the Minister-designate for the Ministry of Fisheries and Aquaculture, Hon. Mavis Hawa Koomson, saying that she is the right person to revive the dying fishing industry.

Addressing a press conference in Gomoa Nyanyano on Wednesday, February 24, 2021, the Chief Fisherman, Nana Afful Awotwi II, supported by the Chairman of the Fishermen Association of Gomoa Nyanyano, Franklin Awotwe Otoo, expressed the belief that the nomine will bring to bear her practical experience acquired in the previous administration to give the fishing industry a facelift.

They in the effect, called on the Appointments Committee to make a recommendation to the plenary to approve her nomination.

“We have heard from a section of the populace and you the media that, she was not articulate as expected when she faced the vetting committee. But to we the fisher folks of Nyanyano, Fetteh, Dampase and the entire concerned fisherfolks of Ghana, she is the right person to lead the dying fishing industry”, he noted.

He added “We appeal to Parliament as well as the vetting committee to approve her to save the dying fishing industry from eminent collapse. We also believe that being a grassroot person, she is well vested in the grass root development activities and therefore would serve the fishing industry as expected of her than any other person. We are calling on all those who matter to swiftly approve her to lead our industry’s growth and development”.

To the fisherfolks, they have over the years been confronted with some challenges key amongst them include the supply of premix fuel, Seiko, light fishing and the influx of foreign fishing vessels, believing that the approval of Hon. Koomson as the Minister of Fisheries and Aquaculture will minimize these challenges if not totally eliminated.

The support of the group comes a day after a similar group, the Ghana National Fishermen Council (GNFC) threw its weight behind the nomination of Hon. Koomson following media uproar which greeted her recent in Parliament.

The GNFC also in a statement said “We share the sentiments of several well-meaning Ghanaians who have since the fallout of the vetting exercise, opined that the mastery of the English language is not necessarily a sign of competence. The Honourable Minister-designate will definitely work with technocrats and industry players who equally have the progress of the sector at heart. Accordingly, we encourage the media to set the agenda for a liberal conversation on how promises elucidated in the manifesto of the current government will be executed vis-à-vis the content of the vetting exercise”.