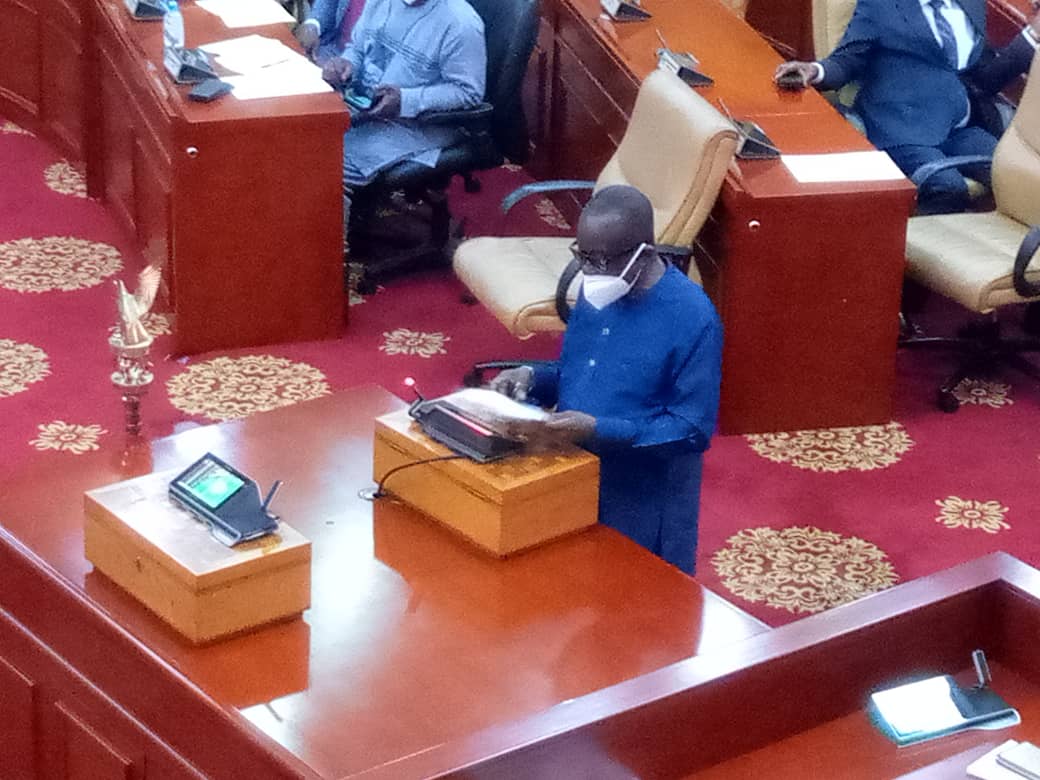 The Minister for National Security, Albert Kan Dapaah, on Wednesday, told Parliament that he fully endorsed the forceful eviction from office, then Ashanti Regional Security Liaison Officer, DCOP Opare Addo (Rtd) after the ex-police officer refused to vacate his office following the termination of his appointment.

They had only one simple task – to ensure the exit of DCOP Opare Addo (Rtd) and change the lock and key to his office to make room for his successor, Col. Francis Effah Arthur (Rtd).

He said his outfit has no regrets adopting such a method, stressing that should a similar incident happen, a similar approach could be initiated to address the issue.

He explained that DCOP Opare Addo’s action following the termination of his appointment was obstructing the work of his successor.

“He was given a two-year contract to serve as the Ashanti Regional Security Liaison Officer after the installation of an initial two-year contract which begun on January 8, 2018. His new appointment took effect from January 1, 2020, and was to expire on December 31, 2022. However, his appointment was terminated on February 19, 2021, by the National Security Coordinator. Upon the termination of his contract, DCOP Opare Addo was paid his entitlements as per his appointment letter”, he noted.

The Minister for National Security was responding to a question filed by the National Democratic Congress (NDC) Member of Parliament (MP) for South Dayi, Rockson-Nelson Etse Kwame Dafeamekpor.

The South Dayi lawmaker had asked Mr. Kan Dapaah to brief the House the circumstances under which DCOP Opare Addo (Rtd) was assaulted in his office in Kumasi.

Kan Dapaah’s response comes at the back of complaint by DCOP Opare Addo (Rtd) that he was assaulted, handcuffed and forcefully taken out of his office by heavily armed men alleged to be members of the pro-New Patriotic Party (NPP) vigilante group, Delta Force.

Explaining further on the matter, Kan Dapaah told the House that negotiations to get DCOP Opare Addo (Rtd) to exit office and make room for his successor yielded no results, necessitating the National Security Coordinator’s decision to send men to Kumasi to change the lock and key to his office.

“Mr. Speaker, against this background, personnel from the Ministry of National Security were on May 11, 2021 dispatched to the Ashanti Region to ascertain the reason for DCOP Opare Addo’s refusal to handover to his successor and if it became necessary to change the locks of the door to his office. On arrival at his office, the personnel duly introduced themselves but were met with acts of hostility by DCOP Opare Addo including drawing his sidearm. The personnel managed to restrain him and retrieved the sidearm. Till date, no official complaint has been made by DCOP Opare Addo either to his immediate boss, the National Security Coordinator or to me, the sector Minister regarding the alleged assault on him. Neither has the Ministry of National Security received any correspondent from the Police in relation to the allegations by DCOP Opare Addo”, he averred.

He assured the House that should the former Police Officer file any official complaint, his outfit will be more than willing to investigate the allegations.

When asked whether he was aware of the back and forth banter between DCOP Opare Addo (Rtd) and the National Security Coordinator, he answered in the affirmative.

“Yes, I can confirm that the National Security Coordinator did briefed me about what was going on and I did endorsed what he was doing”, he answered.

Kan Dapaah however, declined to give reasons why DCOP Opare Addo’s appointment was terminated, noting that it wasn’t appropriate to release such information into the public domain.