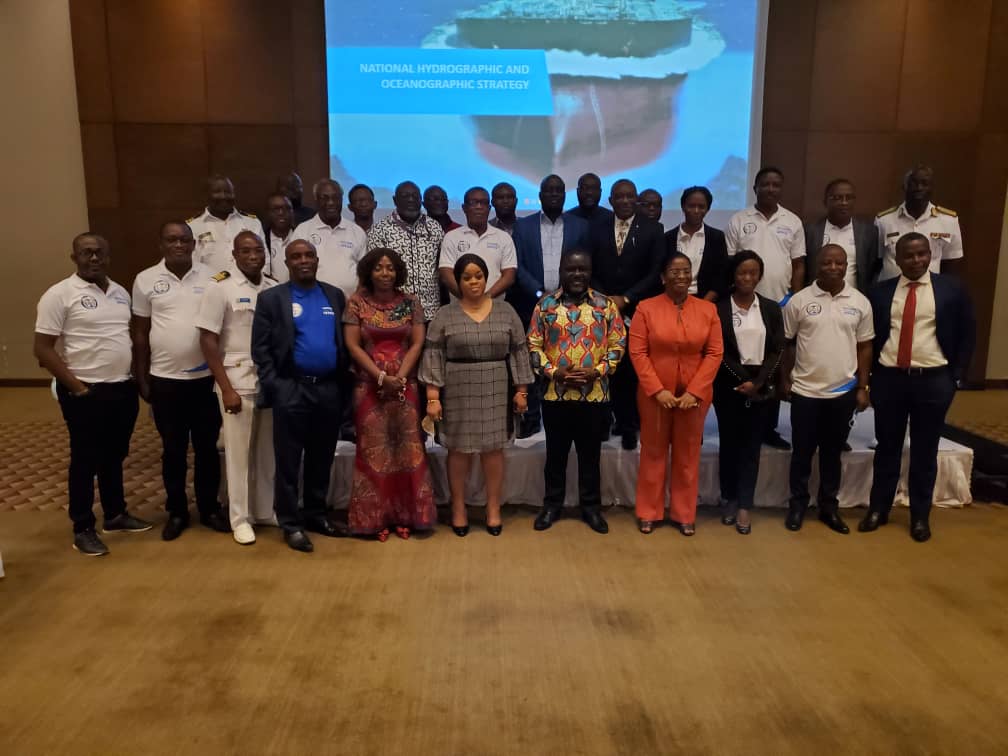 The Minister for Transport, Kweku Ofori Asiamah, has charged players in the maritime business to collaborate effectively and bring together, all existing data in the industry for the update of Ghana’s nautical chart.

According to him, the West African nation’s nautical chart at the moment, comes mainly from the port and patrol activities, a situation he noted, requires further improvement.

Nautical Chart, according to Oceanservice, is a map that depicts the configuration of the shoreline and seafloor. It provides water depths, locations of dangers to navigation, locations and characteristics of aids to navigation, anchorages, and other features. It is one of the most fundamental tools available to the miner.

“Fortunately, activities such as exploration of oil and gas in our maritime domain generate hydrographic data, hence, the need to consolidate all existing data for the update of Ghana’s nautical chart”, he noted.

He added “We must acknowledge the enormity of the task and equally be motivated by the overwhelming benefits we stand to gain through the availability of relevant hydrographic data for the emerging blue economy”.

Mr. Asiamah made this observation in his keynote address at this year’s World Hydrography Day which was celebrated by players in the maritime industry in Accra on Monday, June 21, 2021.

The event was under the theme “100 years of international cooperation in hydrography”, and was meant to highlight the past, present, and future of hydrography. World Hydrography Day is celebrated all over the world every year on June 21 to lay emphasis on hydrography and the need for multilateral cooperation and effective collaboration in data exchange, charting and standard development in respect of marine environment.

Hydrography is a branch of applied sciences that largely deals in the measurement and description of the physical features of oceans, seas, coastal areas, lakes and rivers. It also includes the prediction of changes in the water body for the primary purpose of safety of navigation and in support of all other marine activities and more.

The Transport Minister commenting further, said the knowledge of the shape of the ocean basin and the nature of seabed for instance, is critical to understand water movement within the ocean basin which affect climate and weather patterns as well as tidal and wave action, segment transport and underwater geo-hazards.

Therefore, it is evident and obvious that the absence of relevant hydrographic information may result in negative consequences.

For example, he said, without hydrography, ships cannot sail safely, port cannot be built and operate, no coastal infrastructure can be developed, exploration activities cannot be attempted, no maritime boundary can be delineated.

“There is no doubt that hydrography has played and will continue to play significant role in the development of our marine resources”, he acknowledged. He lauded hydrographers for their enormous contribution to national development.

“I believe when it comes to the exploration of marine resources for national development, the important role of hydrography cannot be downplayed. Throughout the work of hydrographers you are able to measure and describe the physical features of oceans, seas, lakes and rivers as well as the prediction of their change overtime to facilitate navigation and safety and support other marine activities including security and defense, scientific research and environmental protection”, he professed.

The country, he noted, is the 92nd member state to have ratified the IHO Convention and the 11th on the African continent.