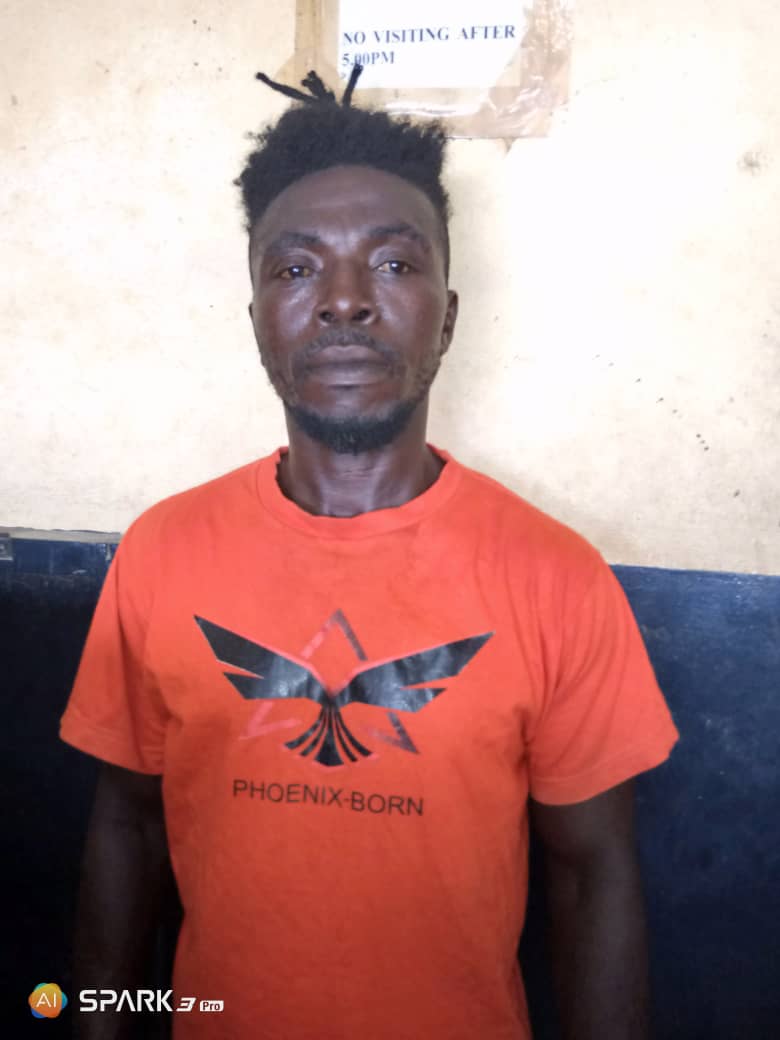 A man believed to be in his late 40s is in the grips of the Police for allegedly shooting to kill and robbing a businessman, Stephen Entsi, at Kasoa Opeikuma Junction three weeks ago.

Identified as Eric Asare, the suspect was arrested by the Kasoa Divisional Police Command on Monday, April 19, 2021. The police had acted on intelligence that led to his arrest.

He is expected to be arraigned before a court on Wednesday, April 21, 2021.

Briefing journalists about the incident, the Central Regional Police Public Relations Officer, Irene Oppong, said on 31/03/2021 about 930 am, the Kasoa Divisional Police Command received a report that a man aged about 45, had been shot by an unidentified male suspect who was a pillion rider on a motorcycle close to the Opiekuma traffic lights.

The Police, she noted, proceeded to the crime scene, found the man lying unconscious and rushed him to the Kasoa Polyclinic where he was pronounced dead.

According to her, initial investigation revealed that, two men were on a black Royal Motor Bike at Opeikuma junction traffic light and the pillion rider on the same bike, armed with a short gun, got down from the motor bike and attacked the deceased who was coming from the opposite direction of the road.

The suspect, she added, collected a brown envelope the businessman was holding and shot him in the chest.

The body of the deceased was later deposited at the Police Hospital Mortuary in Accra for preservation, identification and autopsy.

According to the Police PRO, the deceased on the day of the incident, was sending unspecified amount of money in an envelope to meet his business partner when he was shot and robbed by the suspects at Opeikuma Junction traffic light.