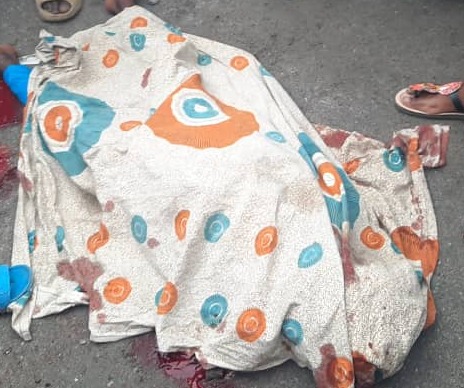 An 8-year-old boy has been shot dead while two others are in critical condition during a festival ritual at Awutu Bereku in the Awutu Senya West District in the Central Region.

The 8-year-old boy was pushing his disabled brother in a wheelchair when he was hit by a stray bullet.

Kasapafmonline.com reported that the incident happened at Awutu Bereku durbar grounds on Monday morning around 10 am when the Chiefs and the Elders were pouring libation to purify the community ahead of the Awutu Awubia festival.

According to some residents, told the incident was as a result of negligence on the part of the men who accompanied the Chief priests.

The boy was the only son of his mother.

The body of the deceased has since been deposited at Winneba Special and Trauma Mortuary for Preservation and autopsy.

Meanwhile, police in Awutu Beraku have begun investigation into the matter.