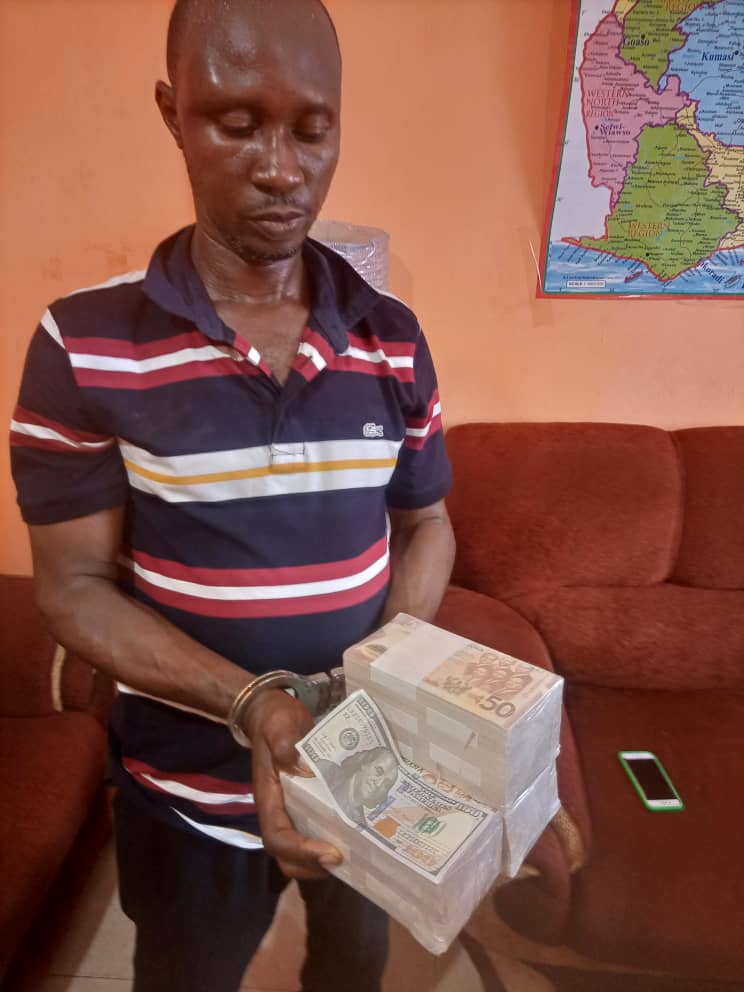 A fake currency notes dealer has been arrested by the Police at Kasoa Estate Junction in the Awutu Senya East Municipality.

The dealer identified as Kofi Appiah and believed to be in his 40s, was arrested on Tuesday dawn, April 20, 2021.

A tipoff by unidentified good citizen of the land led to his arrest.

He was arrested in the company of GH₵50 and US$100 currency notes totaling about GH₵100,000.00 which he had hidden in the ceiling of his room and some raw materials believed to be what he has been using to produce the fake currency notes.

The Kasoa Divisional Crime Officer, DSP Owusu Dwomoh, told www.politicoghana.com in an interview that the Police is highly suspicious that Kofi Appiah might belong to a cartel that deals in fake currencies and will continue investigations until all those involved in the dubious business are arrested to face the law.

He said Appiah in his caution statement told the Police that he took delivery of the fake currencies from someone who resides in Kasoa New Town.

“We are on the lookout for that person who gave that fake currency notes to Appiah”, he noted.

Appiah, he added, will be arraigned before court on Wednesday, April 21, 2021.