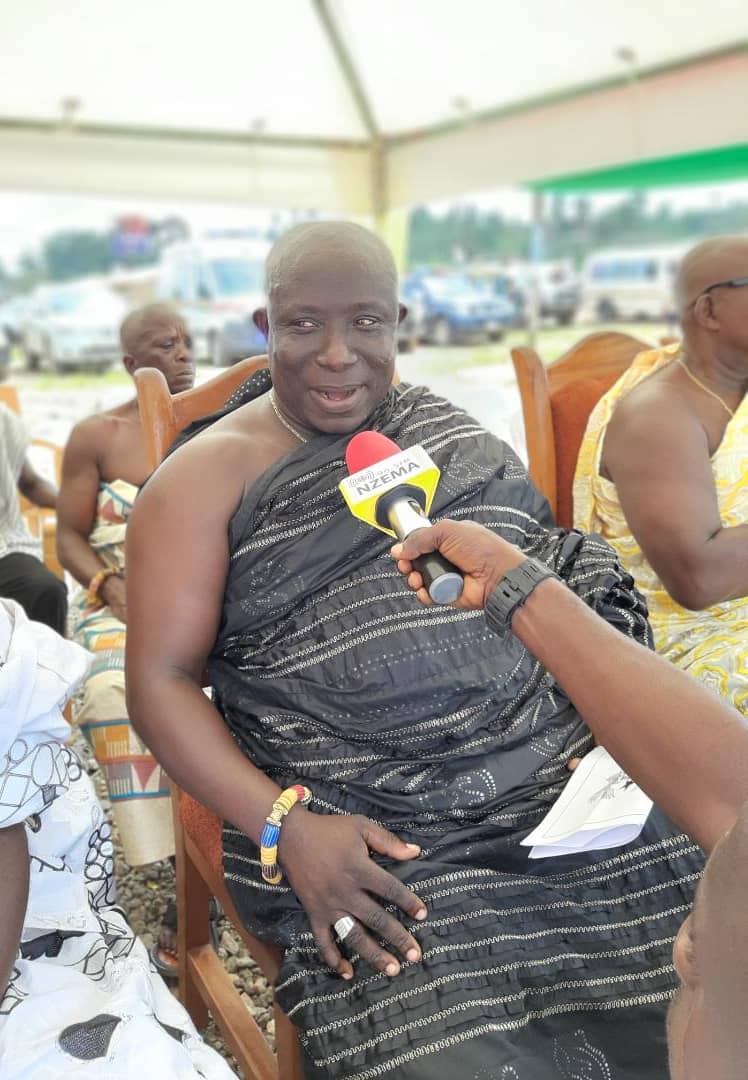 The acting president of Upper Axim traditional council, Nana Adusei IV, has distanced himself from the press releases, the media propaganda against Hon Catherine Afeku and matters relating to Axim Kundum celebration raised by the Chairman of the Kundum planning committee, Nana Osei Nkwantabisa.

This came to light when scores of the youth in Axim presented a petition to him at Brawire Palace.

On 26th of August, 2021, concerned youth of Axim organized a press conference to express their displeasure over the conduct of the Chairman of Axim Kundum planning committee, Nana Osei Nkwatabisa whose activities has generated bad press about the Kundum festival in Axim and for bringing the name of the former MP and Minister of Tourism into disrepute.

As part of the activities, the Youth issued a petition to the chiefs of Axim requesting that the Nkosuohene, Nana Osei Nkwantabisa who doubles as the Chairman of the Axim Kundum Planning Committee be stripped off his title.

He stated that Nana Nkwatabisa acted unilaterally and did not consult any of the Planning Committee members before he authored a press release and embarked on a sole agenda to attack the reputation of Hon. Catherine Abelema Afeku and former Minister of Tourism.

Nana Adusie IV, expressed shock at the attitude of Evans Osei Baffour (Osei Nkwatabisa) stating that they were all witnesses to the contribution made by Hon. Catherine Abelema Afeku and the Ministry of Tourism, arts and culture during the 2018 and 2019 Kundum Festival which boosted the festival’s image as well as economic activities in Axim during the period.

He therefore distanced himself from the actions of Nana Osei Nkwatabisa and assured the youth of a scheduled meeting with Awulae Attibrikusu III, paramount Chief of Lower Axim Traditional council on Thursday 2nd September, 2021 to investigate, discuss the issue and come out with a verdict.