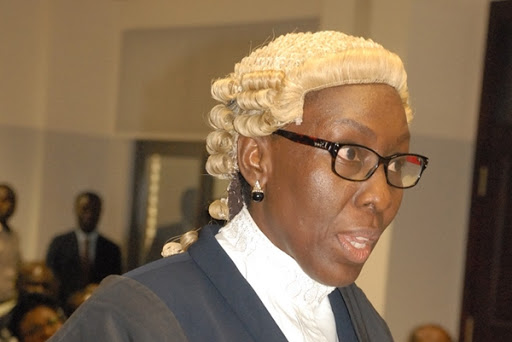 A former Minister of Justice and Attorney-General, Marietta Brew Appiah-Oppong, says aircraft manufacturer, Airbus SE, paid no bribes to some senior government officials in the acquisition of c-295 military aircrafts during the Mills-Mahama regime.

Airbus SE has admitted in a UK court that it paid bribes to officials in some five countries including Ghana between 2009 and 2015 have ignited rumours in Ghana.

A section of the public has dared the NDC which was governing at that time to respond to the claims.

But in a statement, the former Minister of Justice and Attorney-General and Minister said the media has misrepresented facts as happened in the court.

“Our attention has been drawn to media reports about a Deferred Prosecution Agreement (DPA) entered between Airbus SE and the United Kingdom Serious Fraud Office in respect of the practice of Airbus SE in paying commission to its agents and the use of those commissions. The reports alleging that Airbus SE paid bribes during the administration of President John Evans Atta Mills and John Dramani Mahama are false, misleading and do not reflect the Approved Judgment.

“Indeed, the Approved Judgment of the Crown Court of Southwark approving the DPA between Airbus and the UK Serious Fraud Office does not allege that any payment was made by Airbus to any Ghanaian Government official,” the statement said.

It added: “It is therefore a gross distortion for the media to conclude that officials of the Ghana Government between 2009 and 2015 were bribed or paid any commissions by Airbus for the acquisition of the Casa C-295 aircrafts”.