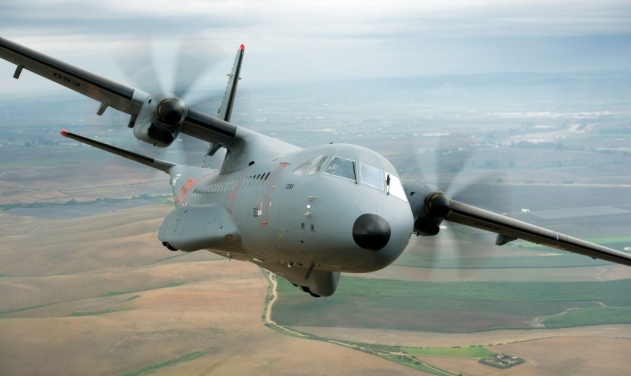 Aircraft manufacturer, Airbus, has confessed to paying bribes in Ghana and other countries between 2011 and 2015 in a corruption investigation of its business deals dating back more than a decade.

Court documents obtained by theghanareport.com show that Europe’s largest plane maker has been fined 3 billion pounds for greasing the palms of public officials and fixers over a string of hidden payments as part of a pattern of worldwide corruption to facilitate the sales of its wares.

According to The Guardian, the “planemaker agreed to pay the penalties on Friday after reaching settlements with investigators in the UK, France, and the US to end inquiries that started four years ago.”

The UK-based newspaper reports on the outcome of the UK’s Serious Fraud Office (SFO) investigation that “Allison Clare, for the SFO, told the court the company had paid bribes in Malaysia, Sri Lanka, Indonesia, Taiwan and Ghana between 2011 and 2015.”

The company is reported to have “used a network of secret agents to pay large-scale backhanders to officials in foreign countries to land high-value contracts.”

Documents filed by US prosecutors alleged that Airbus used marketing team that had a $300 million annual budget to finance bribes and win aircraft sales in a number of countries around the globe.

Ghana between 2011 and 2015 acquired three Airbus C295 from the company as part of an effort to augment and modernise the fleet of the Ghana Armed Forces.

In November 2014, President John Dramani Mahama announced that Ghana would acquire an additional C295, in addition to other aircraft, including five Super Tucanos, Mi-17s and four Z-9s.

Ghana is said to have spent about $150 million on the three aircraft. One of them recently overshot its runway. The Defence Ministry explained that the accident happened because the aircraft had not gone for its scheduled maintenance.

In Ghana, Airbus is accused of hiring and disguising payments to a close relative of a government official with no aerospace experience in connection with a sale of military transport planes, the UK’s SFO investigations revealed.

The UK prosecutor’s case against Airbus was that between 1 July 2011 and 1 June 2015 Airbus SE  failed to prevent persons associated with the company from bribing others concerned with the purchase of military transport aircraft by the government of Ghana.

The bribery, the document said was intended to obtain or retain business or advantage in the conduct of business for Airbus.

According to the court document between 2009 and 2015 an Airbus defence company engaged an unnamed person, only identified as Intermediary 5, a close relative of a high ranking elected Ghana government official (also not named but referred to as Government Official 1), as its business partner in respect of the proposed sale of three aircraft to the government of Ghana.

“A number of ofAirbus employees knew that Intermediary five was a close relative of Government Official 1, a key decision-maker in respect of the sales.

However, “a number of Airbus employees made or promised success based commission payments of approximately €5 million to Intermediary 5.

“False documentation was created by or with the agreement of Airbus employees in order to support and disguise these payments. The payments were intended to induce or reward improper favour by the Government Official 1towards Airbus,” the document suggests.

The Airbus agreement with the United Kingdom, France and the United States of America is effectively a plea bargain that insulates the company from criminal prosecution that would have banned it from bidding for public contracts in the US and the European Union.

The fine is said to be the biggest corporate fine for bribery and will be shared among France, UK and the United States, the three countries that have worked on the investigation.

Airbus, which is also a military supplier was slapped with five charges under the UK’s Bribery Act over allegations that it failed to prevent firms from being offered financial incentives to buy planes and other equipment.