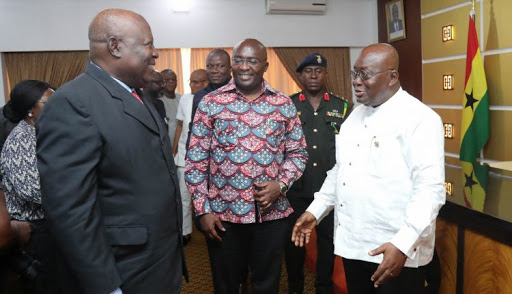 The Office of the Special Prosecutor (OSP) headed by Mr. Martin Amidu, has been tasked by the President of the Republic to conduct a prompt inquiry to determine the complicity or otherwise of any Ghanaian government official, past or present, involved in the massive corruption scandal that has rocked Airbus SE.

The OSP is to take the necessary legal action against any Ghanaian government official, as required by Ghanaian law.

They are to work with their United Kingdom (UK) counterparts in this exercise as directed by the President Nana Addo Dankwa Akufo-Addo, a statement released by the Presidency dated February 2, 2020 and signed by its Director of Communications, Eugene Arhin, has said.

The action of the President was triggered by a January 31, 2020 judgment of the Crown Court at Southwark, in the UK, between the Director of the Serious Fraud Office and Airbus SE, in which the European multinational aerospace corporation has been fined US$3.9billion for the payment of bribes to secure deals in five countries, including Ghana.

According to the Statement of Facts in the case, between 2009 and 2015, “a number of Airbus employees made or promised success based commission payments of approximately €5million to Intermediary 5”, who is said to be “close relative of a high ranking elected Ghanaian Government official (Government Official 1)”

Significantly, “Government Official 1 was a key decision maker in respect of Government of Ghana aircraft orders”.

The payments to Intermediary 5 by officials of Airbus SE were, thus, “intended to induce or reward improper favour by Government Official 1” over the purchase of three (3) C-295 military transport aircrafts.

According to the Statement of Facts, out of the €5million promised Intermediary 5, €3.85million was paid between March 2012 and February 2014.