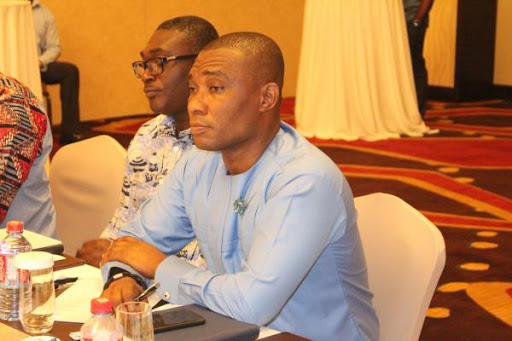 The Minerals Income and Investment Fund’s (MIIF) relentless resolve to push through the Agyapa Minerals Royalties Investment deal still continues as the former has brushed aside every criticism to it.

George Mireku Duker, Board Chair, of the Minerals Income and Investment Fund on Tuesday told GHOne TV that critics have the right to share their views on the deal but hinted that it will not backtrack in that decision.

He intimated the government’s decision to monetise the country’s minerals royalties through Agyapa Royalties Limited is forward-thinking with Ghanaians’ best interest at heart.

“As  Ghanaians, we do think this will benefit us…You know we’ve been talking of South Africa, Johannesburg, and so on because the companies there are owned by indigenes. If you come to Ghana, these companies or the likes, concessionary companies, I mean like Anglogold, Goldfields, and so on are owned by foreigners. So it’s time to give local champions within our environs the chance…”

Alliance of CSOs on Extractives, Anti-corruption and good governance are demanding the suspension of the Agyapa Minerals Royalties Investment deal as it describes the agreement as state capture.

Addressing the media, former Chairman for Public Interest Accountability Committee,(PIAC) Dr. Steve Manteaw charged the government to engage stakeholders to explore other options of raising funds for the government.

In an interview with Starr News, Dr. Manteaw stated the CSOs will rally behind NDC flagbearer John Dramani Mahama to ensure cancellation of the Agyapa deal as he promised no matter the cost to the nation.

“What we are telling government is let’s slow down…let’s have more transparency, more consensus building around the approach before we go forward with the approach. I don’t know of any national emergency that warrants that we should rush the process to raise funds for development.”

“Under the current arrangement, with the Mineral Income Investment act, we do not see any such transparency, accountability and public oversight arrangement, so it makes it very risky and prone to elite capture and abuse.”

Parliament recently gave approval for the creation of a Special Purpose Vehicle (SPV) in fulfillment of the Minerals Income Investment Fund Amendment which is yet to be assented by the President.