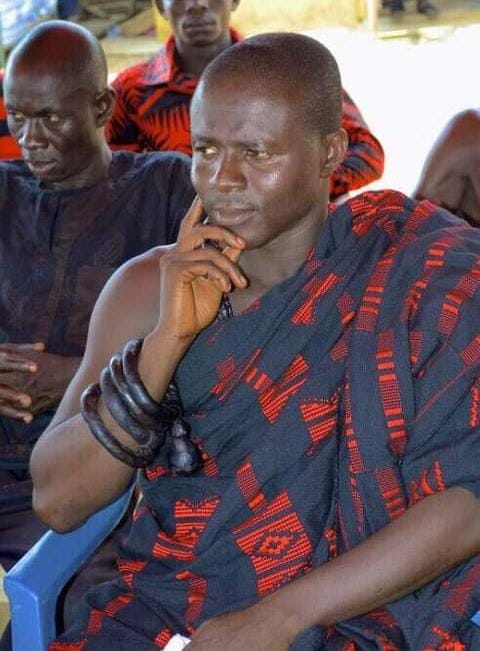 The youth of Nzema, have sent a message to the Paramount Chief of Axim, Awulae Attribukusu III, calling on the revered traditional leader to immediately de-stool the Nkosuohene of Lower Axim Traditional Council, Nana Osei Nkwantabisa, for continuously misconducting himself and in the process, denting the image of the traditional authority.

In a four-page statement released by the Nzema East Youth Forum in Axim on Friday, August 20, 2021, they outlined a number of alleged acts on the part of the Nkosuohene which in their view, constitute misconduct to warrant his immediate de-stoolment.

For instance, the youth are accusing the Nana Osei Nkwantabisa who is also the Chairman of the Axim Kundum Planning Committee, for allegedly running a one-man show, issuing press releases without the direct involvement of members of the planning committee and in the process, subjecting them to public ridicule.

Such press releases, according to the youth, were mostly written with some executives of the National Democratic Congress (NDC) in the area and skewed to taint the reputation of the former MP for Evalue-Ajomoro-Gwira, Hon. Catherine Afeku. Such act, they noted, is unpatriotic of a chief which has dire repercussions on the development of the area.

Nana Nkwantabisa, the youth further noted, is a staunch member of the NDC, and has in recent times, been engaged in open campaign – doing door-to-door and public campaign for the umbrella family.

What is more worrying to the youth, the reasoned, is the Nkosuohene’s alleged open machinations to even get out some of NDC executives of the area who do not associate with his intentions.

“Nzema East Youth Forum gathered intelligence that Nana Osei Nkwantabisa who is an ardent member of the NDC was fighting an NDC Constituency executive in Evalue-Ajomoro-Gwira to issue a rejoinder to our earlier report and accuse the Axim Kundum Planning Committee based on which he, Nana Nkwantabisa, will come out with his release to taint the reputation of Hon. Catherine Abelema Afeku”, the co-signed statement by Isaac Gyabbin, and Ernest Kwame Asabil, Secretary and Member of the Nzema East Youth Forum respectively, in part read.
Another issue raised by the youth is the seemingly double standards of Nana Nkwantabisa. According to the youth, Nana Nkwantabisa in 2018, went to the office of Hon. Afeku, then Minister of Tourism, Arts and Culture, to solicit for sponsorship for the Kundum Festival. His wish was granted, making him acknowledge the programs and activities that were going to be sponsored by the Ministry of Tourism, Arts and Culture at the launch of the festival.

However, to their surprise, Nana Nkwantabisa, has turned around in the heat of the Auditor-General’s report that has revealed that in 2018, an amount of GH₵200,000 meant to finance the Marine Drive Project was misapplied by the Ministry of Tourism, Arts and Culture, to sponsor the Kundum Festival, and deny the active sponsorship of the Kundum by the Ministry.

“The Auditor-General’s report did not state that Axim Kundum planning committee received any amount from Hon Catherine Afeku. In any case Nana Osei Nkwantabisa was seen at the office of the former minister to solicit support for the Kundum and it was more the reason why during the launch, he Nkwantabisa was outlining the activities and programs which will be financed by the former minister’s office. In that video, he was praising Hon. Catherine for bringing renowned artists to the Kundum for a Mega Musical show, which he affirmed as the biggest show of the festival. In 2018, the Kundum beach jam and the mega jam was under the auspicious of the ministry of tourism and not the Kundum committee”, the statement in part further read.

It added “Can the chairman of the planning committee tell the whole nation who financed these artists, face of Axim and other activities? The fact that the financing of these artists were not given to the Chairman of the committee does not mean they performed for free. Again, other places which celebrated the Kundum also benefited, we remember a gospel rock show at Nsein, Lil win and a host of others performing the following day. With this posture of a chief, which person or group or institution will come and support the Kundum if the same person who receives support from someone, praises the person for her contribution then later turns around without the consent of the whole planning committee and issue a release about a report that did not mention a planning committee? It is indeed sad and disgraceful to foster Nzema East into the Auditor-General’s report. It is a statement of fact that Hon. Catherine Afeku sponsored artistes to the Kundum Festival and no amount of evil and vile propaganda by the Nkosuohene will erase that fact. We want the general public to disregard the unsolicited response from Nana Nkwantabisa”.

According to the youth, instead of Nana Nkwantabisa to focus on development as the Nkosuohene of Lower Axim (not the entire Axim), he is rather obsessed with a GH¢200,000 that did not come to his pockets.

Considering the posture of Nana Nkwantabisa, the youth are of the view that he does not merit the traditional position he is occupying, hence, their appeal to the Paramount Chief of Axim to strip him off his chieftaincy title and appoint a neutral person for the position of Nkosuohene for the area.

“In view of the unpatriotic and disgraceful posture of Nana Nkwantabisa, the Nzema East Youth Forum, strongly call on Awulae Attribukusu III to remove the Nkosuohene title from him [Nana Nkwantabisa]. Again, we strongly appeal to both Lower and Upper traditional authorities to remove Nana Nkwantabisa from the position of Chairman of the Axim Kundum Planning Committee. We are restraining the youth from a massive demonstration on the streets of Axim as we wait patiently for Awulaemo to make their decisions. We take this posture because Nana Nkwantabisa has brought total disgrace to Axim and the Kundum festival not only in Ghana but the entire world”, the statement concluded.