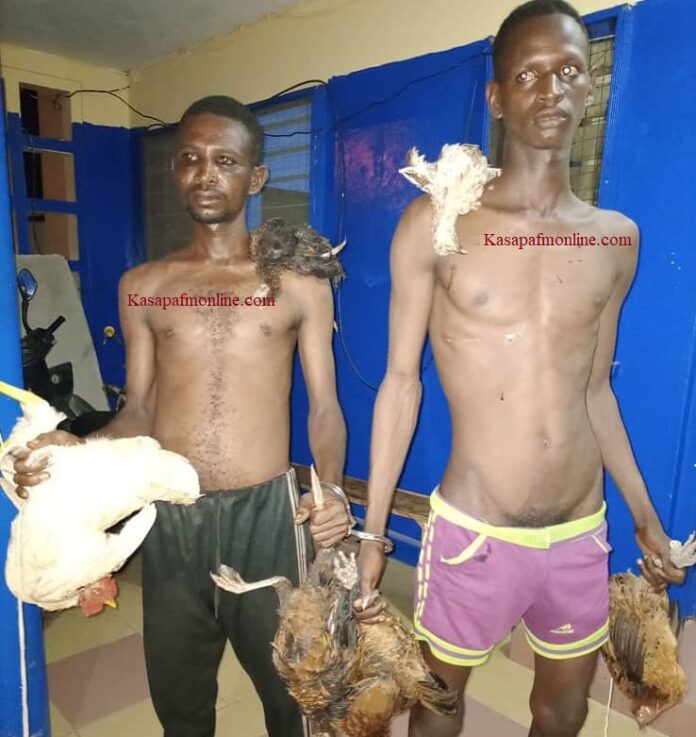 Police in Ejura in the Ashanti Region have arrested two Fulani indigenes, Sulley Amadu aged 25, and Karim Salifu aged 35 over the murder of an 82-year-old poultry farmer.

According to the police, on May 3, 2021 at 10 am, Kwame Ofori of H/No.D/ 68 Brigade, Ejura called at the police station and reported that on same day at 07:30 am he visited his brother Kofi Mensah aged 82 at his cottage near Broadcasting Ejura and found him lying dead with a deep cut on the head in front of his room.

Police proceeded to the scene and found the deceased lying dead in a supine position covered with pieces of clothes, a mat, torn sack and a car tyre.

Careful inspection on the body by the police revealed a deep cut on the head suspecting foul play. Pieces of broken sticks and Cutlass were found at the scene.

Upon interrogation, the two suspects were earlier detained for stealing six fowls, admitted having visited the deceased cottage during the night to steal fowls but were prevented by the deceased. But, suspect Sulley Amadu slashed the deceased on the head with a cutlass, killing him instantly.

Two cutlasses and broken pieces of wood retrieved at the scene have been retained by the police for evidential purpose.

The body has been conveyed to Ejura Government Hospital mortuary for preservation and autopsy.

The police have indicated that the suspects will be arraigned before the court on Monday to be remanded to allow the police to conclude investigations.