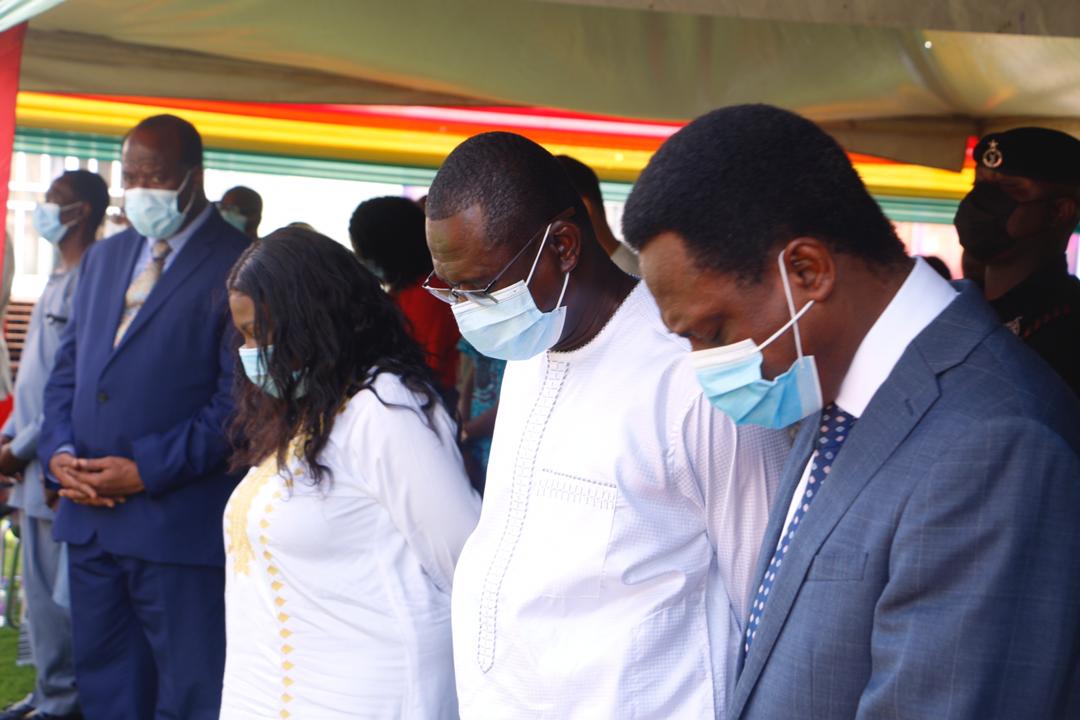 The Minister for Sanitation and Water Resources, Hon. Cecilia Abena Dapaah has called on Ghanaians to vote wisely as the country goes to the polls on 7th December,2020 to elect its President and 275 parliamentarians.

According to her, it is important to ensure and secure the peace and harmony enjoyed and envied by many African countries on the continent.

“Let us go out in our numbers to vote wisely on 7th December, 2020 to continue to enjoy peace and harmony as we transform the economy”, she charged.

Hon. Cecilia Abena Dapaah made this passionate call at the Thanksgiving Service of the Jospong Group of Companies in Accra on November 27, 2020 at the forecourt of the company.

The Thanksgiving service was on the theme “Celebrating the goodness of the lord” to appreciate the unflinching goodness of the Lord for successes chalked by the entities under the Jospong Group in 2020.

The Sanitation Minister, Madam Cecilia Abena Dapaah, used the occasion to reiterate the Nana Akufo-Addo’s government’s commitment to continue to support private businesses and the president’s resolve to make Accra the cleanest city in Africa still on track.

She also lauded the Jospong Group for their huge support to her Ministry and pray they continue to collaborate to keep Ghana free and clean from filth.

Delivering the sermon at the thanksgiving service, Revered Lawrence Tetteh, a renowed international evangelist, admonished politicians to always seek the face of God than to seek favours of men.

According to him, as the nation goes to polls on December 7, 2020, it is of importance for all politicians to draw closer to God, listen and acknowledge God in all their campaigns and tours.

“Most politicians nowadays are not seeking the face of the Almighty but rather doing everything to get the favour of men”, he bemoaned.

Such actions he described as worry and dangerous to the peace and harmony enjoyed by Ghana that, it is time as politicians, to involve God in all what they do.

Preaching further, he pointed out that, a prayerless country is useless and always has crisis and challenges, hence, called on all and sundry to intercede onbehalf of Ghana.

He also called for peace as Ghana goes to the polls to select yet again a leader to govern the country for the next four years.

Dr. Siaw-Agyepong thanked the President for his support to the company in this trying moments of COVID-19 pandemic.

He also used the occasion to wholeheartedly thank the dedicated staff for the passion they have attached in the execution of their work and lauded the Sanitation Minister for her enormous support she continues to provide for the company.

The Select Committee of Parliament that has oversight responsibility on sanitation who were duly represented, were also appreciated for their immense support to Jospong.

The CEO concluded by calling on all and sundry to go to the polls on December 7th in decorum and help to continue to deepen our democracy.

The thanks-giving service, which was held at the forecourt of the company’s Headquarters in Accra, brought together representatives of several other companies outside the Jospong Group, including state officials.

A cake was also cut to commemorate the minister’s 66th birthday celebration.

Prayers were said for the nation by the Chairman of the Church of Pentecost, Apostle Kwabena Nyamekye, as the country goes to the polls on December 7.