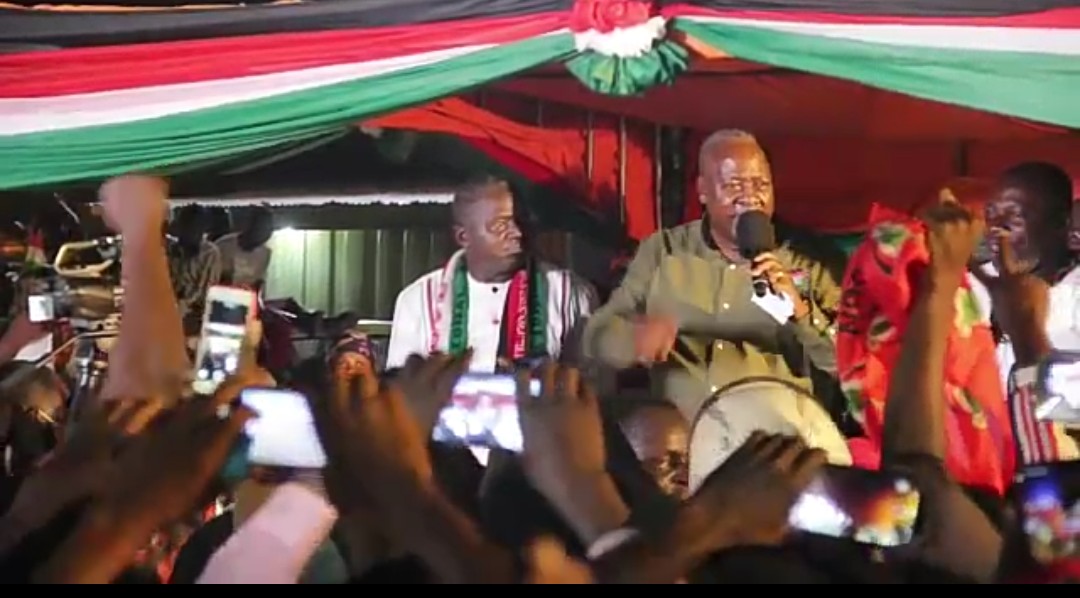 The Presidential Candidate of the National Democratic Congress (NDC), John Dramani Mahama, says he will grant amnesty to illegal miners popularly known as ‘galamseyers’ jailed under the leadership of President Akufo-Addo when he becomes President of the Republic once again.

“Our youth are on daily basis being harassed by soldiers some of who have been shot dead. Koforidua Prison is just behind us. As I speak, some of our youth have been jailed 16 years, 10 years for getting involved in galamsey. God-willing, if I become President, all our youth who have been jailed by this government because of galamsey, by the grace of God, we will give them amnesty. We will pardon them so they will come and join us to start life afresh”, he noted.

The former President of the Republic made this observation when party supporters in the New Juaben South constituency on Thursday evening as part of his campaign tour of the Eastern Region.

He said it was because of lack of jobs that many of the youth are engaged in galamsey activities, assuring that if he wins the December 7 Presidential elections, he will ensure to create decent jobs for the youth.

“We are coming purposely for you the youth. We will give you decent jobs so that you can leave your parents and live an independent life and take proper care of yourselves and that of your family. This is a priority of the next NDC government if I become President of the Republic”, he noted.