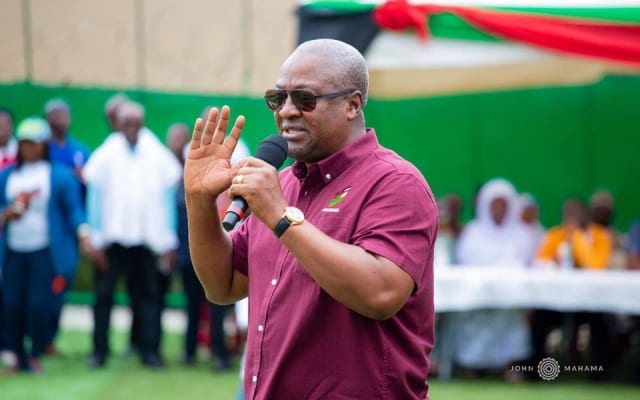 The Presidential Candidate of the opposition National Democratic Congress (NDC), John Dramani Mahama, has alleged that armed robbery incidents are increasing because weapons meant to be given to Police officers to operate are being distributed to vigilantes.

According to him, instead of the government providing the needed tools for the security agencies to effectively perform their duties, it has rather channeled resources to vigilantes who are engaged in unlawful deeds.

He added: “If you ask our police officers they’ll tell you that for one year they’ve not received uniform allocation. You sometimes meet a policeman with a faded uniform parading our streets. How on earth will anybody fear such a policeman? When I’m voted into power, I’ll ensure that what needs to be done for our security personnel is done,” Mr Mahama said while addressing supporters of the NDC in New Juaben South Constituency as part of his campaign tour of the Eastern Region.

Mr. Mahama reiterated that the next NDC government will grant amnesty to illegal miners (galamsayers) who have been jailed by Akufo Addo government.